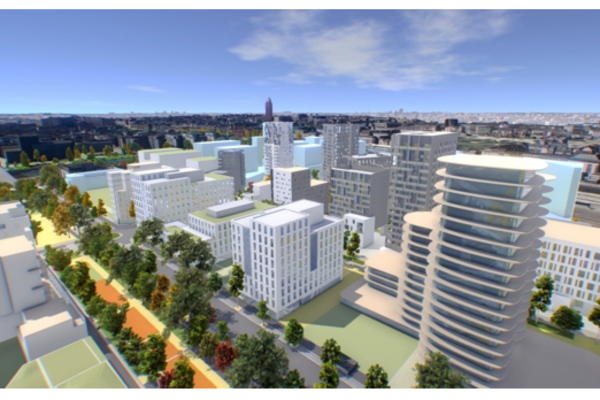 Cityzenith has added Orlando to the rollout of its ‘Clean Cities – Clean Future’ Urban Digital Twin initiative, alongside some of the USA’s biggest and most influential metropolitan centres including Los Angeles, NYC, Las Vegas, and Phoenix.
Clean Cities – Clean Future helps cities, building managers, and infrastructure operators harness the massive data processing, analytics, visualization, and collaboration power of its AI-driven SmartWorldOS Digital Twin platform to eliminate carbon emissions and slash energy costs.
Cityzenith Founder and CEO Michael Jansen said: “SmartWorldOS is a gamechanger: building owners simulate their rebuilding retrofit projects from beginning to end – including how they will be built, and how much they will cost – before they spend a single dollar. And they can do this for thousands of buildings at a time.
“Buildings in cities represent 39% of global emissions, and 80-90% of emissions in our major cities. But only 1.7% of America’s six million office buildings are green.
“A globally recognized leader in the Digital Twin industry, Cityzenith, joined the World Economic Forum’s prestigious Net Zero Carbon Cities program last year to help change this and launched Clean Cities – Clean Future to position American cities at the forefront of energy transition.”
Michael Jansen, recently interviewed on the topic by CNBC and Cheddar News added: “Many of our greatest cities are using our SmartWorldOS Urban Digital Twin platform to go green, including NYC, LA, Las Vegas, Houston, and Phoenix – where Amazon is a partner.
“We added Orlando because it has a great sustainability track record. It also keeps us on course towards our goal of deploying SmartWorldOS in 10 US cities by the end of the year.
“We’ve been working in Orlando since 2018, when we launched the city’s first ever Digital Twin – focused on a major development project west of the I-4 highway shown in this video.
“Today, with the experience of more than 20 major global Urban Digital Twin projects under our belt, we are far and away the world’s most advanced and sophisticated provider of the technology serving the built environment in cities.
“And we now look forward to collaborating with government agencies, architects, planners, NGOs, and especially real estate professionals and building owners across the city of Orlando to help them cut emissions and save money.
“Our next release, SmartWorldOS III, will start a revolution in the Digital Twin industry, beginning with Orlando where we will show what this breathtaking technology can really do for the city and its citizens.”
“When ready, SmartWorldOS III will also be made available to the City of Orlando, government agencies, universities, researchers, NGOs, and others – free of cost.”
For more information about the Cityzenith Digital Twin for Orlando, contact info@cityzenith.com.

Eye to I: Self Portraits from the National Portrait Gallery