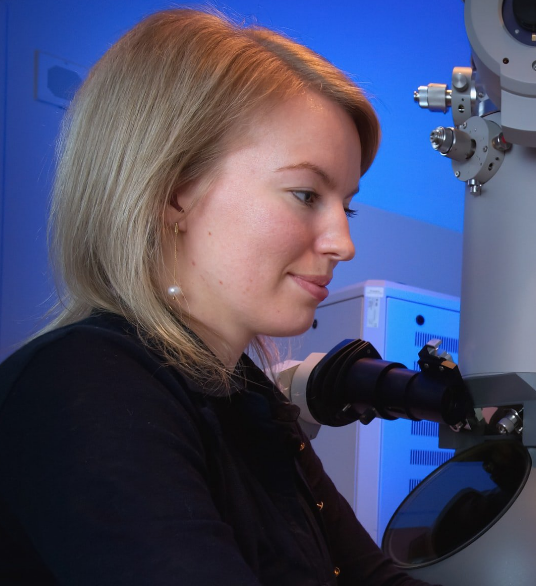 Faculty from the Departments of Microbiology, Medicine Genetics and Genomic Sciences, and Pathology and Molecular Cell-Based Medicine at the Icahn School of Medicine at Mount Sinai play key roles in a National Institutes of Health (NIH) program set up to provide a real-time risk assessment of variants of SARS-CoV-2, the virus that causes COVID-19. The program, called SARS-CoV-2 Assessment of Viral Evolution (SAVE) and described in a paper published March 31 in Nature, assesses how the variants might affect the transmission, virulence, and resistance to both disease-induced (convalescent) and vaccine-induced immunity.
The SAVE program was established by the National Institute of Allergy and Infectious Diseases (NIAID), part of NIH, in January 2021 to address the global public health threat caused by increasing SARS-CoV-2 genomic diversity and the emergence of viral variants that jeopardize the protective antiviral immunity following infection or vaccination. It uses a coordinated approach to identify and curate data about these variants, their impact on immunity, and their effects on vaccine protection.
“Collaborative science and open sharing of results in near real-time amongst an international team of scientists has defined the SAVE program and has facilitated rapid prioritization, reagent development, testing, and assessment of SARS-CoV-2 variants,” said Florian Krammer, PhD, Mount Sinai Professor of Vaccinology at Icahn Mount Sinai, Co-Chair of the SAVE programs In Vitro group and co-corresponding author of the paper. “The SAVE program serves as a template for response to not only SARS-CoV-2 variants but for other emerging pathogens.”
The SAVE program is composed of an international team of scientists with expertise in virology, immunology, vaccinology, structural biology, bioinformatics, viral genetics, and evolution. It was formed as a critical data-generating component for the U.S. Department of Health and Human Services’  SARS-CoV-2 Interagency Group (SIG) and to facilitate rapid data-sharing with global partners and the scientific community. Each team member is responsible for key contributions ranging from the curation of viral mutations, bioinformatics analysis, development of novel reagents, assay development and testing, in vitro characterization, and in vivo model development to countermeasure testing.
The SAVE program is divided into three working groups: (1) Early Detection and Analysis group; (2) In Vitro group; (3) In Vivo group. The Early Detection group uses public databases and analysis tools to curate and prioritize emerging SARS-CoV-2 variants. The In Vitro group evaluates the impact of SARS-CoV-2 variants on humoral and cell-mediated immune responses using in vitro assays. The In Vivo group uses small and large animal models to test vaccine efficacy, and define immune mechanisms and correlates of protection. Collaborative efforts between the Early Detection geneticists and evolutionary biologists, and the In Vitro group of virologists/immunologists allow for rapid determination of relationships between viral evolution and neutralization sensitivity. In turn, these results enable the In Vivo team to assess and evaluate the protection provided by vaccination and/or a previous infection in animal studies.
The emergence of the B.1.1.529 variant (Omicron, which includes BA.1, BA.1.1 and BA.2), which contains more than 30 mutations in the spike protein, threatened to reduce the effectiveness of clinically approved COVID-19 monoclonal antibody therapies and infection- and vaccine-induced immunity to the virus. The SAVE program rapidly responded by generating plasmids and spike protein, identifying the first Omicron cases (BA.1) in New York City, isolating, propagating, and distributing authentic Omicron viral stocks, sharing reagents, performing binding and neutralization assays, and evaluating virus infection across different animal models. The data from these studies were rapidly shared with government agencies and submitted as manuscripts on preprint servers to inform the wider scientific community.
Icahn Mount Sinai faculty members who are key to this effort include:

“As is described in the paper, there are many critical and time-sensitive components that are involved in a successful response to emerging variants,” said Viviana Simon, MD, PhD, Professor of Microbiology and Medicine and faculty member of the Global Health and Emerging Pathogens Institute at Icahn Mount Sinai, and a member of the In Vitro group of the SAVE program. “Partnerships like the SAVE program must continue to include scientists from around the world to ensure that variants are rapidly identified and characterized so that we can effectively counter the constant threat emerging pathogens pose against global public health.”
“All Mount Sinai members of the SAVE program want to emphasize the major role that institutional support and collaborations with other Icahn Mount Sinai groups have played in our ability to participate in the SAVE program. This would have not been possible without the biosafety supervision of Randy Albrecht and the support from the institution in expanding our biocontainment capabilities, as well as without collaborations with many clinical and basic research colleagues at Mount Sinai,” said Adolfo Garcia-Sastre, PhD, Director of the Global Health and Emerging Pathogens Institute and member of the In Vivo group of the SAVE program. “And of course, we do not want to forget the young members of our group, the research assistant professors, instructors, postdoctoral students, doctoral students, lab supervisors, technicians, and pre-doctoral students, who participated in the studies of the SAVE program. We could not do anything without them.”
Edited by: Madhura Katti

You Do The Crime – I Do The Time