There are multiple competing narratives regarding Russia’s Ukrainian war. On the one hand, Dmitry Peskov, President Vladimir Putin’s press secretary, keeps repeating the mantra that Russia would consider using nuclear weapons against what Moscow would define as an “existential threat”.
On the other hand, President Joe Biden has stated that Putin “cannot remain in power”. Biden’s statement expressed his “moral outrage” for Putin’s actions in Ukraine. There is no question that Putin’s popularity in Russia cannot last and that eventually there will be a successor who might emerge through a Maidan-style popular revolution which is unlikely, a palace coup which is increasingly becoming more of a possibility given Putin’s continued failure in Ukraine or via a managed handover.
Putin remaining in power, or even a managed handover, would lead Russia into a form of Cold War-style isolation. For the Russian people, there is a real danger that the country becomes a larger version of North Korea. It has become increasingly apparent that Vladimir Putin has become Russia’s greatest existential threat and that Joe Biden was correct in assuming that Putin cannot remain in power for the greater good of the Russian people. There are four points to consider here.
First, Putin has lost all credibility and has suffered major reputational damage given the humanitarian crisis that he has created in Ukraine. This reputational damage comes from the failure of the Russian military highlighting major problems with equipment, training, leadership, and strategy. All this highlights major weakness rather than the projection of strength. There is no question that Putin has failed and the extent of this failure questions his ability to continue to make informed decisions that reflect the interests of the Russian people.

Second, the first duty of government is to keep citizens safe and the country secures including military and economic security. There was no military or economic threat to Russia from Ukraine. All Putin’s special operation has done is undermine the military and economic security of the Russian people. This undermining is having a detrimental impact on everyday living in Russia, and this will continue to intensify. Sanctions imposed on Russia in response to Putin’s Ukrainian operations are a direct result of Putin’s failure to represent the long-term interests of the Russian people. No benefits will accrue to the Russian people from capturing Ukrainian territory. Thus, Putin has instigated an unnecessary act of military aggression that has undermined Russia’s standing in international affairs and is destroying the everyday life chances of Russian citizens.
Third, one outcome of Putin’s Ukrainian conflict is that it has destroyed any trust that had developed between Russian business interests and the global financial system. One consequence has been that Western business interests are walking away from any involvement in the Russian economy. A critical issue is Putin’s decision to pass a law allowing the country’s airlines to place aeroplanes leased from foreign companies on Russia’s aircraft register. Russian airlines had leased 515 aircraft from abroad. Putin’s new law enabled these aircraft to continue to fly within Russia but will result in major contractual disputes. The aircraft owners continue to try to repossess their aircraft and engines. Nevertheless, Putin’s illegal activities will result in $10 billion of insurance claims by the leasing companies with Russia excluded from the global aircraft leasing industry.

Fourth, the Kremlin has developed a proven reputation for saying one thing and acting quite differently. Any statement made by the Kremlin must come with a bucket rather than a pinch of salt. In January 1994, for example, Russia signed a Tripartite Agreement with Ukraine and the US in which Ukraine agreed to ship its nuclear warheads to Russia for dismantling in exchange for a Russian commitment to respecting existing borders. This agreement was worthless.
Any outcome to the Ukrainian conflict will result in long-term damage to Russia that will continue to undermine the military and economic security of the Russian people. A key issue concerns the reduction or removal of sanctions. The most important question is ‘how will trust return to underpin any business, economic or political transactions involving Russia?’ Putin is unable to repair the reputational damage he has self-inflicted on himself and the Russian people. The paradox is that Putin has become Russia’s greatest existential threat.
Putin has different pathways open to him. He could stop all military action in Ukraine and withdraw from the territory respecting the border that existed prior to his special operation. This is unlikely. He could continue to fight and might even eventually deploy chemical and nuclear weapons, and this is more likely, Alternatively, he could recognise that he has become a major liability for Russia and begin to facilitate a managed handover, but this is also unlikely.
The problem for the Russian people is that it is much easier to deploy nuclear weapons against some perceived existential threat to the Russian nation, but impossible to develop a rapid and effective solution to Russia’s greatest existential threat – Vladimir Putin. The key challenge facing the Russian people is “how do you solve a problem like Putin?” For most Russian people Putin is a hero rather than a threat. Nevertheless, the first step towards developing a solution to the Putin problem is for the Russian people to recognise that his continued leadership represents an existential threat to the Russian nation.
“Putin remaining in power, or even a managed handover, would lead Russia into a form of Cold War-style isolation. For the Russian people, there is a real danger that the country becomes a larger version of North Korea. It has become increasingly apparent that Vladimir Putin has become Russia’s greatest existential threat.”
Written by: John R. Bryson, Professor of Enterprise and Economic Geography, Birmingham Business School

Beer and Chocolates – Must be Flanders! 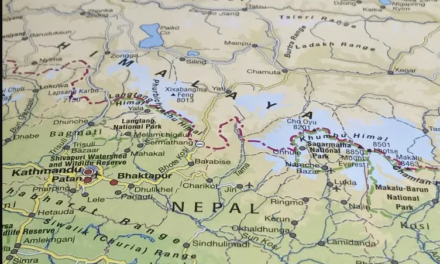