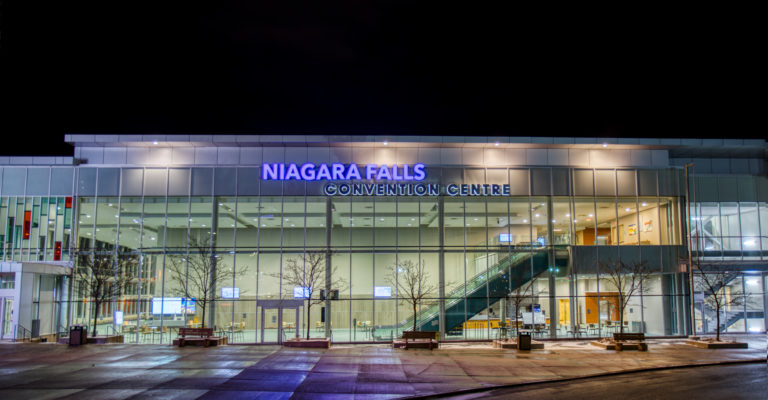 An important economic and cultural centre for the city, the Niagara Falls Convention Centre is a significant economic driver. Over the last decade, the NFCC has hosted thousands of international and national conventions, meetings, concerts and events including the Assembly of First Nations, the Federation of Canadian Municipalities, national and provincial political conventions and countless national corporate and association events as well as the Niagara Falls Comic-Con. The versatile space has acted as a film and television studio and most recently as a major vaccination location for the community.
With all that Niagara Falls offers, the NFCC attracts repeat events where gathering in the city becomes an eagerly anticipated annual tradition for many organizations. Since its opening, the NFCC has welcomed millions of guests including the Prime Minister of Canada, the Premier of Ontario and a who’s who of high-profile music and entertainment celebrities.
Quick Facts