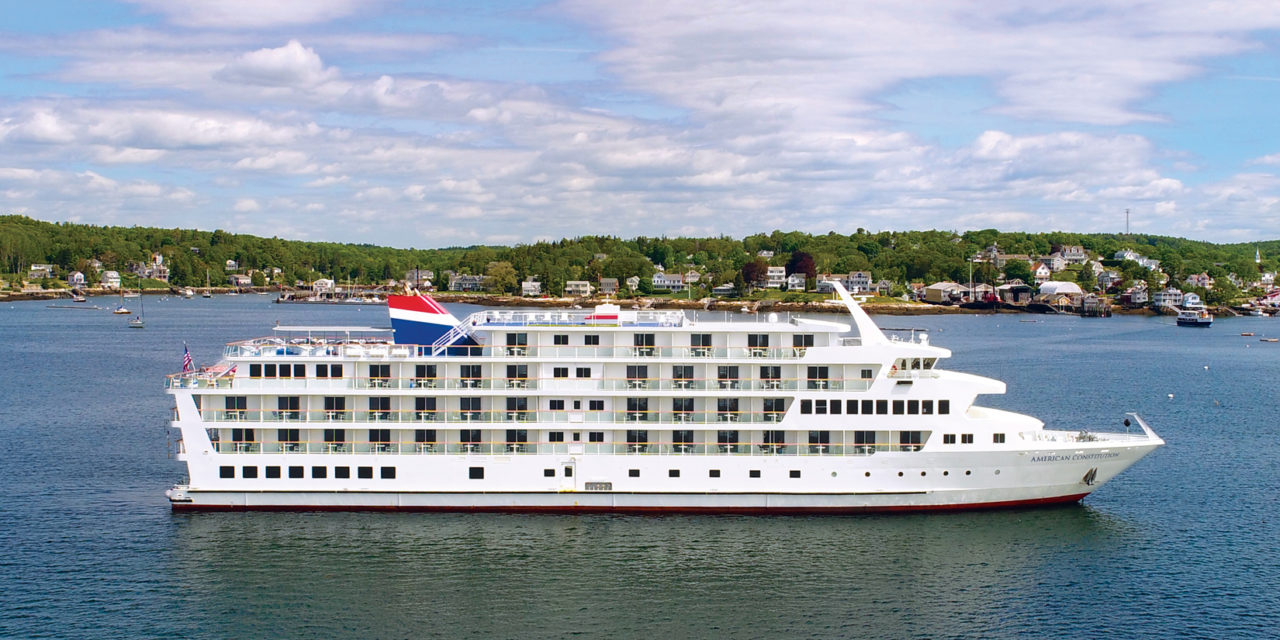 American Cruise Lines has officially opened the 2022 cruise season. On Saturday, February 26th, riverboat American Heritage and small cruise ships American Independence and American Star, set sail on the Mississippi River and in the Southeast. The first cruises have been successful with excellent guest reviews and extraordinary feedback on the winter’s amenity upgrades.
The balance of American’s fleet, which includes modern riverboats, classic paddlewheelers, and small coastal cruise ships, will begin the season in the next few weeks. All the company’s ships received upgrades during the off-season, with the most extensive work done aboard American’s 4 paddlewheelers.
American Cruise Lines operates the largest and only 100% U.S. flagged fleet in the country. The Line is proud of their unique small ship experiences from overnights in Glacier Bay, AK, to dockings in Washington, D.C.
“After a successful season last year we are glad to be back and full speed ahead,” said Charles B. Robertson, President & CEO of American Cruise Lines. “The ships look great with a host of new upgrades and the guests are happy. This year, we are focused on growth with more ships under construction than ever before.”
American is introducing 2 more new modern riverboats as well as 2 small cruise ships by the end of next year. In addition to their growing fleet of riverboats, the company recently announced plans to build the largest new class of U.S. small ships in decades—Project Blue.
The first few cruises of American’s new season followed three of the Line’s popular week-long itineraries, a Lower Mississippi River cruise from New Orleans, LA to Memphis, TN; a Historic South & Golden Isles cruise from Amelia Island, FL to Charleston, SC; and a Great Rivers of Florida cruise from Green Cove Springs, FL to Jacksonville, FL. Guests on board enjoyed a range of exceptional small group experiences, from kayaking in the everglades and adventures to Alligator Farms and Zoological Parks, to visits to Fort Sumter and Horse Drawn Carriage Rides through historic neighborhoods, to a special Graceland Experience and a Candlelight Ghost Tour of Ellicott Hill.

Explore the waterways and UNESCO World Heritage Sites of France with Le Boat.

Where The River Meets The Sea: New Viking Combination Cruises

Avalon Waterways announce a return to Egypt & the Nile