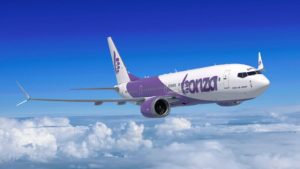 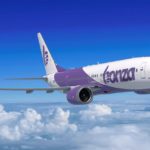 The domestic airline industry is facing challenges from the changing Covid-19 environment but consumers have more choice, enjoy cheaper airfares and stand to benefit from new carrier Bonza’s entry later this year, the ACCC has revealed.
The ACCC’s latest Airline Competition in Australia report, released yesterday, shows the domestic airline industry suffered another setback from late-December 2021 as the Omicron wave swept the country. Scheduled capacity reached 95% of pre-pandemic levels in the week of Christmas, but within days airlines were forced to cancel hundreds of flights as passengers and airline staff went into isolation.
“As we enter the third year of the pandemic, the entire aviation industry continues to face significant operational and financial challenges. The Omicron wave has demonstrated how precarious the path to recovery is,” ACCC Chair Rod Sims said.
In December last year, 2.47 million passengers flew domestically, which was 47% of pre-pandemic levels. In January 2022, the number of passengers increased only marginally to 2.5 million.

With all state and territory border closures lifted and the international border open to vaccinated travellers, the industry’s recovery now largely depends on consumer confidence and willingness to travel.
“The airlines now face a different challenge in trying to anticipate and respond to individuals’ changing appetite to travel in an uncertain Covid-19 environment,” Sims said.
However, the report says there are positive signs that demand is starting to pick up following the Omicron peak in January. The airlines are citing early bookings for the Easter holiday period, and the Qantas Group has forecast a return to pre-pandemic domestic flying between April and June.
Arrival of Bonza
New ‘ultra-low cost’ airline Bonza is set to enter the domestic travel market from mid-2022 and will fly on 25 routes connecting 16 destinations across Queensland, New South Wales and Victoria. Eight percent of Bonza’s initial route network is not currently served by any airline.
Bonza will directly connect residents in Melbourne and other Victorian locations with destinations including the Sunshine Coast, the Whitsundays and Mackay. Bonza will also offer additional competition on five routes currently served by other operators.
“We will be watching how the existing airlines respond to this new competition, and we will keep an eye out for any anti-competitive capacity increases or pricing practices,” Sims pledged.
“We will pay particularly close attention to incumbent airlines entering any of the new routes announced by Bonza.”
Bonza’s initial route network does not include Sydney, despite the airline exploring it as an option.
“We understand that Sydney Airport’s proposal did not meet Bonza’s requirements, and access to take-off and landing slots presented a further impediment to entry,” Sims said.
“Policy settings need to be improved to create a more fertile environment for new and expanding airlines, and we note that the government is currently reviewing its rules for how slots at Sydney Airport are allocated to airlines.”
“The arrangements whereby airlines can retain historic precedence to slots must not be used to protect incumbent airlines from the competition,” Sims said.
More choice for consumers
Many consumers already have more choice as a result of Rex expanding into intercity routes and Virgin returning to some routes it previously left. There are now nine routes in Australia serviced by the three airline groups: Qantas, Virgin and Rex.

Source: Data collected by the ACCC from Qantas, Jetstar, Virgin and Rex.

“The Australian domestic airline industry has predominantly been a duopoly since deregulation 30 years ago, but we now have three airline groups competing on some of Australia’s busiest routes,” Sims said.
“We’ve seen significant price reductions on these routes due to increased competition.”
Virgin had the highest passenger market share of the airlines in January 2022, carrying 34% of domestic passengers. Virgin has steadily recovered market share since emerging from voluntary administration in November 2020, when it carried 22% of domestic passengers.
Qantas and Qantas-owned Jetstar each had 31% of domestic passengers in January, and Rex carried the remaining 4%.
“Each airline is working hard to win over consumers and as they continue fighting for market share, we can expect competitive airfares, improved connectivity, and better products and services,” Sims said.
The report also looks at airline costs and identifies that jet fuel and labour are the two largest cost inputs for airlines. Jet fuel prices were generally low through the pandemic, but hit an eight-year high in February and have since increased further. Over the last two years, the airlines have cut costs by reducing their labour costs, renegotiating more favourable aircraft terms of the lease and redesigning product offerings.
Airfares often reflect a consumer’s willingness to pay or the level of airline competition more than the underlying costs of providing the service. However, airport charges appear to represent about 10 to 12% of a passenger’s ticket price on average. This can be much higher for some routes and airlines, particularly low-cost carriers.
“If an airline faces excessive charges for using an airport, this may flow through into higher airfares or make the route unviable so consumers miss out on services,” Sims said.
Background
On 19 June 2020, the ACCC was directed by the Treasurer, The Hon Josh Frydenberg MP to monitor the prices, costs and profits of Australia’s domestic airline industry and provide quarterly reports to inform Government policy. The direction is for three years. This report is the seventh under the Treasurer’s direction.
Edited by Peter Needham

Home or Away? New data reveals most Aussies prioritise property over travel