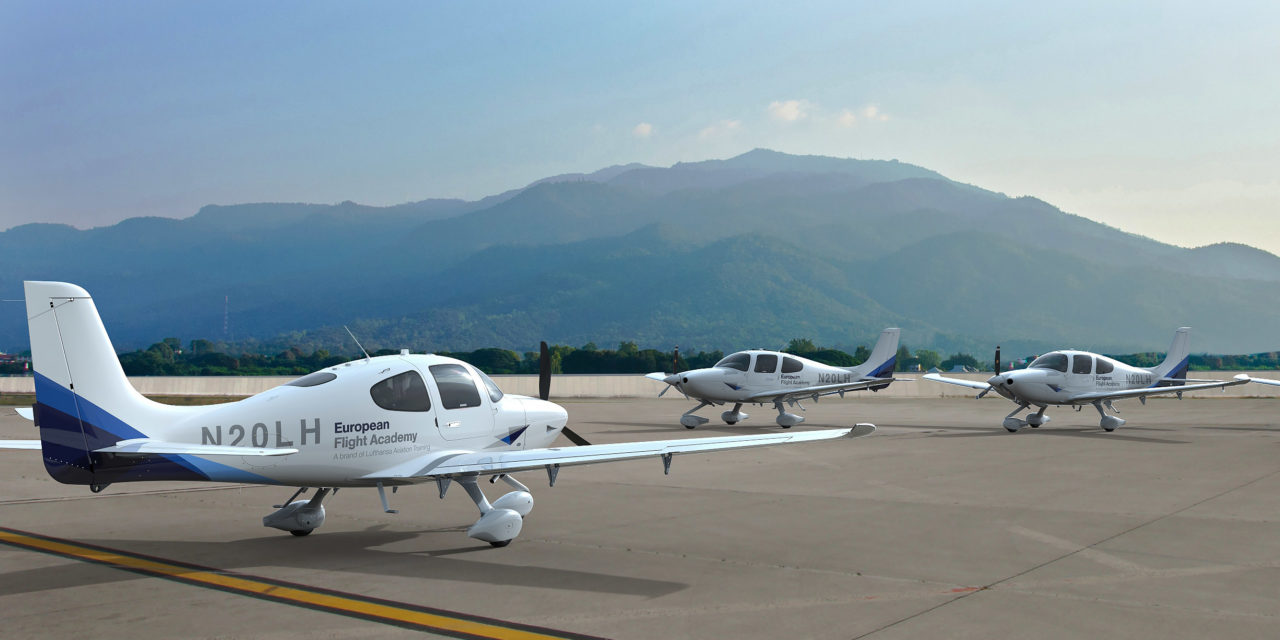 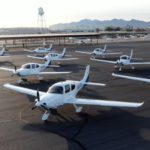 United Aviate Academy today announced that it aims to potentially quadruple the size of its fleet of training aircraft, in response to the surge of applications to the country’s only flight school owned by a major airline. The Academy will add 25 new, state-of-the art Cirrus TRAC SR20 training aircraft to its current fleet of 25, with the option to purchase up to 50 more.
United Aviate Academy orders 25 new Cirrus TRAC SR20 aircraft
United Aviate Academy has already received more than 12,000 applications since announcing the school in April 2021. The school officially opened in January and welcomed a historic inaugural class of future pilots, part of the airline’s effort to train at least 5,000 new pilots at the school by 2030, with the goal of at least half women or people of color.
United Aviate Academy also recently purchased seven state-of-the-art FRASCA simulators, including some with 220-degree wraparound displays, with the first of these brand-new flight simulators arriving in April. These high-quality flight simulators feature hardware and software that operates exactly like the aircraft, for maximum effectiveness for students.
“We’re investing in flight education as we train the next generation of United Airlines pilots, who are the future of our airline,” said Bryan Quigley, United’s Senior Vice President for Flight Operations for United Airlines. “These student pilots are receiving world-class flight training at United Aviate Academy and I’m looking forward to the day when they join our current United pilots on the flight deck.”
United Aviate Academy, whose corporate name is Westwind School of Aeronautics Phoenix, LLC, already has a fleet of 25 late-model Cirrus TRAC SR20 series single-engine aircraft, which feature advanced safety characteristics. This new order will add at least 25 brand-new TRAC SR20 aircraft beginning in May with options and purchase rights for up to 50 more. The SR20 features impressive capabilities that complement its stable flight characteristics. Its integrated Garmin® Perspective+ flight deck includes features found on advanced airliners such as two large flight displays, a Flight Management System keypad controller, an Electronic Stability and Protection system as well as integrated engine indication and crew alerting/warning systems.
Its durable all-composite airframe with the signature Cirrus Airframe Parachute System® makes the TRAC Series one of the safest and most versatile training airplanes available today. United Aviate Academy is also the launch partner for a significant expansion of CirrusIQ™, which allows for monitoring of flight data, enabling United Aviate Academy students and instructors to do enhanced debriefings after each lesson.
United Aviate Academy is breaking down barriers to introduce new pilots to rewarding careers. Last summer, United unveiled United Next, which will revolutionize the United flying experience and add more than 500 new aircraft. United plans to hire at least 10,000 new pilots by 2030 to meet this need. United will find those pilots through targeted recruiting, strategic partnerships and scholarship and financial aid solutions.
United Aviate Academy’s year-long training program sets up students for a career that reflects United’s high standard of professionalism and deep commitment to delivering a safe, caring, dependable and efficient travel experience. After completing their training at the academy, students can build flight and leadership experience while working within the Aviate pilot development ecosystem at partner universities, professional flight training organizations and United Express® carriers on their way to becoming United pilots. United currently has about 12,000 pilots, and Captains of United’s Boeing 787s and 777s can earn more than $350,000 per year. In addition, United pilots receive one of the highest 401(k) matches in the nation – 16% of base pay.
United Aviate Academy
The 340,000 square-foot United Aviate Academy facility at Phoenix Goodyear Airport includes world-class features such as:
A growing fleet of Cirrus SR20 single-engine aircraft with advanced safety characteristics
Nearly 50,000 square feet of office space
Multiple aircraft hangars
Dormitory rooms for student housing with ample room for expansion
Proximity to many auxiliary airfields in the Phoenix area
Favorable weather for year-round flight training
For more information on United Aviate Academy, please visit unitedaviate.com/academy or @unitedaviate on Instagram. United Aviate Academy is also hiring Certified Flight Instructors – you can read more about it here or apply here.
United Next and Other Initiatives
United is more focused than ever on its commitment to customers and employees. In addition to today’s announcement, United has recently:
Launched an ambitious plan to transform the United customer experience by adding and upgrading hundreds of aircraft as well as investing in features like larger overhead bins, seatback entertainment in every seat and the industry’s fastest available Wi-Fi.
Announced a goal to create 25,000 unionized jobs by 2026 that includes careers as pilots, flight attendants, agents, technicians, and dispatchers.
Announced that United will train nearly 5,000 pilots by 2030 through the United Aviate Academy, with the goal of at least half being women and people of color.
Required all U.S. employees to receive a COVID-19 vaccination.
Became the first airline to offer customers the ability to check their destination’s travel requirements, schedule COVID-19 tests and more on its mobile app and website.
Invested in emerging technologies that are designed to decarbonize air travel, like an agreement to work with urban air mobility company Archer, an investment in aircraft startup Heart Aerospace and a purchase agreement with Boom Supersonic.
Committed to going 100% green by reducing our greenhouse gas emissions by 100% by 2050, without relying on traditional carbon offsets.
Eliminated change fees for all economy and premium cabin tickets for travel within the U.S.

New confidence for a New Year 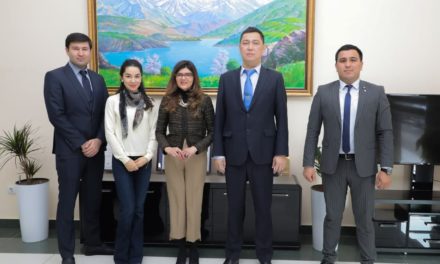 Tourism Tribe CEO Liz Ward said, while she fully supported diversity and opportunities for Australians of all ages in skilled and trade areas, it was time for a new model.