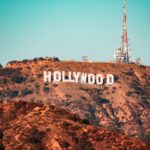 Page Turner Awards believes that talented travel writers can come from any background, age, race, religion, or interest.
Men, women and young adult travel writers, are invited to enter their fascinating stories of interesting life experiences into the 2022 awards. In particular, the awards judging panel is keen to discover unique voices from diverse cultures around the world.
For the 2021 awards, many aspiring writers walked off the red carpet with life-changing prizes.
The awards celebrated several winning authors, writers, and screenwriters at a glittering online where Paul Michael Glaser, from Starsky and Hutch fame, was a special guest to announce the winners.
Two travel writers were celebrated in the 2021 awards.
Extreme travel blogger, Ruth Millington, won the Writing Award for her non-fiction memoir, Aftershock, which is the true story of how Ruth Millington and her best friend survived the 2003 Bam earthquake in Iran, which killed over 30,000 people. It details their 30-hour rescue attempt to save 12 people with – mostly – their bare hands, Ruth’s struggles with horrific PTSD, and her recent exploration of what really caused their intense friendship to end within months of the earthquake.
Travel editor, Zara Sekhavati, won Marni Seneker as her mentor for her memoir, Another Iran, which is about her travels around Iran with a female cousin who lives in Iran. It’s about the places they see and people they meet, interspersed with Iranian history, culture and childhood memories of holidaying in Iran every summer. The point of Sekhavati’s book is to show another side to Iran, a side that readers may not be familiar with, and it’s about giving Iran a voice. She wants to share the everyday life of Iran, its culture, and its people.
The judging panel for 2022 is made up of literary agents and publishers looking for fictional dramas, memories and true-life stories. Yours, possibly collecting dust in a drawer or within your computer chips, may see the light of day in the 2022 awards.
One new unpublished writer won literary agency representation, while a screenwriter won literary management. Another new writer won a publishing deal, seven independent authors won an audiobook production from Spectrum Audiobooks, plus one other won a publishing package (including an edit, book cover and book trailer), and another author won a book adaptation.
Paul Michael Glaser said, “Thank you to the Page Turner Awards for involving me. It has been a huge honour to be amongst so many fantastic writers.”
Whether you have a modern guide to feminism, a memoir about growing up or discovering who you are, a gasp-inducing macho thriller, or the next-big-thing comedy screenplay with heroic characters, Page Turner Awards can’t wait to pass your story to their panel of influential literary judges.
The Page Turner Awards, sponsored by ProWritingAid, offers authors, writers, and screenwriters the chance to enter the first 10 pages of their writing project, where a judging panel of literary experts and film producers will read the work.
Submissions for the 2022 Awards is now open. Find out how you too can enter your writing into The Page Turner Awards: https://pageturnerawards.com.

Despite Coronavirus, resounding success for the first edition of UNICEO® Live Communication Awards.

Connaught Bar In London Named No.1 As The World’s 50 Best Bars 2021 Are Revealed