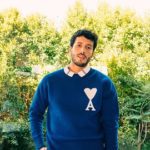 Kicking off the year with a trifecta of congratulations, talented Colombian singer-songwriter and multi-platinum talent Sebastián Yatra’s performance of the song “DOS ORUGUITAS” (“TWO CATERPILLARS”) from The Walt Disney animated film “ENCANTO” receives the coveted Oscar nomination for “Best Original Song.” This follows recent nods for the Golden Globes Awards and Critics Choice Film Awards, honoring the original work by acclaimed composer Lin-Manuel Miranda. The performance unlocked a recent career milestone for Sebastián Yatra with a Spotify US Chart Top 50 debut at #42 as the only Spanish-language song on the chart.
SEBASTIÁN YATRA
SEBASTIÁN YATRA
“Sebastián Yatra can kind of do it all.” – NPR ‘Weekend Edition’
“Sebastián is just getting started with what is sure to be an incredible 2022.” – E! News
“Sebastián Yatra has been on winning streak.” – BILLBOARD
The award-winning multi-talent Sebastián Yatra (@SebastianYatra) also recently released his genre-bending 17-track third studio album ‘Dharma’ alongside multi-platinum certifications, 2.3 Billion combined streams, and a #1 ranking on Spotify’s US & Global album debut charts. ‘Dharma’ peaked at #1 on Billboard’s Latin Streaming & Latin digital song sales charts. The album scored the #23 ranking on Spotify globally and Top 10 in 7 countries, including #2 Spain and #4 in Argentina, Ecuador and Peru.
The 47th most streamed artist on YouTube is building pillars for Latin music across his massive single releases including the current powerhouse single (‘Tacones Rojos’) which is streaming on Spotify’s Top 50 Global as the only song from a Latin pop solist, the 8x platinum hit (“Pareja del Año”), his 4x platinum smash (“Chica Ideal”), and the Latin GRAMMYs nominated ballad “Adios.”
‘Tacones Rojos’ continues to prove the hitmaker’s strength for creating feel-good music, standing tall as a leading pop song among an otherwise reggaeton-dominated genre, with +271.7 Million streams and growing exponentially on global streaming and radio charts, including #1 including #1 on Radio in Spain, Argentina, Perú, Costa Rica, Mexico, and El Salvador. Sebastián Yatra’s album ‘Dharma’ showcases the music maker’s continued versatility across music styles → [stream here]!
“Only Sebastián Yatra can pack a 17-track album with rock, cumbia, reggaetón, and a Jonas Brothers collab. The Colombian singer’s third studio album, Dharma, is a versatile record that’s sure to bring fans to their feet.” – ROLLING STONE
“…Colombian singer-songwriter Sebastián Yatra positions third studio album Dharma as a satisfying deep dive into his artistry and point of view…. Across 17 tracks, Yatra takes chances with his brand of Latin pop, from the emotional balladry of “Tarde” to the sun-kissed dance of “Tacones Rojos” to the riotous pop-punk of “Las Dudas,” and comes across as a natural star within all of them.” – BILLBOARD
“Right now life is a dream for Colombian born rising superstar Sebastián Yatra. He has a superb new album, Dharma, and is featured in the smash Disney film Encanto as the voice of Mariano and on the soundtrack… and he will be featured in a Netflix movie premiering in March. It is indeed a very good time to be the 27-year-old…” – FORBES
“There’s a newfound sense of serenity and gratitude within Sebastián Yatra.” – ET
“From reggaeton, to ballads and boleros, through flamenco, ending in rock and roll, the Colombian singer/songwriter did not hold back with this new album.” – FLAUNT
“Sebastián Yatra refuses to be put into a box.” “Dharma marks Yatra’s third studio album and is a refreshingly bold take on open-concept music — the album doesn’t abide by the constraints of genres.” – REMEZCLA
“…Yatra scratches that nameless itch we all have for a little warmth and a little danceability. Dharma is a blockbuster of a third album…. Yatra continues his pop fusions, leaning into the ballads of his early career at times, making Dharma a diverse earworm.” – DJ BOOTH
“Sebastián Yatra’s genre-bending album ‘Dharma’ is his most ambitious work yet” – mitú
The genre-versatile music orchestrator Sebastián Yatra will also embark on his “Dharma World Tour” on February 23rd with additional cities and countries added regularly on his website: hhttps://sebastianyatra.com/pages/shows-2022. North American dates slated to be announced very soon!
Sebastián Yatra will bring the live performance to the Premio Lo Nuestro stage, where he is also nominated for 4 awards including “Premio Lo Nuestro Artist Of The Year,” “The Perfect Mix of the Year,” “Pop Solo Artist Of The Year,” and “Pop Collaboration of the Year.” Premio Lo Nuestro airs on February 24 on Univision.
“Sebastián Yatra has a busy year ahead — and he intends to soak in every minute of it.” – PEOPLE

The Anam’s Name in Lights After Winning Spate of Awards