Bites and Stings: The Price of SummerFees halved by Australia’s only travel advisory program for small ship cruisingIT&CM Asia and CTW Asia-Pacific Returns To BangkokHats off! Aussie headwear brand, ooGee, releases crush-resistant range of stylish, travel-friendly hatsHow increased web conversion of their paid traffic by 31% in 2 monthsP&O Cruises Australia’s Historic Encounter in Trieste, ItalyEscape this year at Sir Richard Branson’s luxury mountain chaletInternational tourists back, but rebuild will take timeTravel tech: What is it? How is it changing the world?Travel Industry Bouncing Back:
Emirates boosts services to Sydney, with second daily A380 flight - Global Travel Media

Emirates boosts services to Sydney, with second daily A380 flight 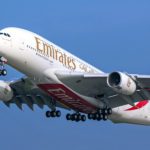 Emirates has announced its second daily flight on the Sydney-Dubai route, served by the iconic A380 aircraft. Starting 1 March, the airline will offer customers an additional seven flights per week, to reach fourteen weekly services from Dubai to the News South Wales capital.

With the re-opening of Australian borders set for 21 February, Emirates is increasing services to meet market demand and offer customers greater flexibility, choice, and connectivity.

The additional daily frequency between Sydney and Dubai will operate as EK412/413 and will offer 14 First Class suites, 76 lie-flat seats in Business Class and 426 ergonomically designed seats in Economy Class. Tickets can be booked on emirates.com, the Emirates App, or via both online and offline travel agents. 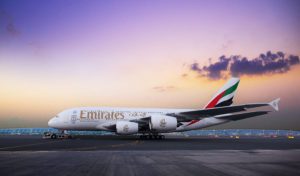 Emirates flight EK412 will depart Dubai daily at 10:15hrs, arriving in Sydney at 07:00hrs the next day. From Sydney, EK413 will depart at 21:45 and arrive in Dubai at 05:15hrs the next day. With the additional choice of timings to suit their travel plans, Australian and international customers can also book EK414 which flies daily from Dubai, departing at 02:00hrs and arriving at 22:30hrs in Sydney. The return flight from Sydney, EK415, departs at 06:00hrs and is scheduled to arrive in Dubai at 13:20hrs. All times are local.

The Emirates A380 experience remains highly sought after by travellers for its spacious and comfortable cabins. The airline is gradually expanding the deployment of this popular aircraft in line with demand and operational approvals and has now reached 28 destinations served by the flagship aircraft on a scheduled basis.

The A380 aircraft is also operating daily flights to Melbourne, having been upgraded recently from the Boeing 777-300ER, on 1 February. The upgrade to the double-decker aircraft allows 50% additional capacity to serve anticipated demand arising from the re-opening of Australia’s international borders. Australia has long been a popular destination for leisure travellers and those visiting family and friends, mainly from Europe, including the United Kingdom, France, Italy and Germany, in addition to India, Pakistan, South Africa and the United Arab Emirates, amongst others.

In addition to the capitals of New South Wales and Victoria, served by the iconic A380 aircraft, Emirates also provides passenger services to Brisbane with five weekly flights as well as three flights per week to Perth, both with the airline’s other wide-body aircraft in its fleet, the Boeing 777-300ER.

British Airways’ 100-year history could help it regain reputation as 89% of UK population are influenced by familiar brands, says GlobalData