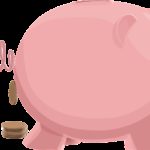 New data from Roy Morgan’s Superannuation Satisfaction Report shows an overall super fund satisfaction rating of 71.5% in December 2021 – an increase of 6.7% points from December 2020.
The rating for December is just below the record high reached in mid-2021 and continues a series of excellent customer satisfaction ratings reached over the last year as the Australian economy recovered and Australian stock markets reached new record highs.
On the first trading day of this year, the ‘All Ordinaries’ Index reached a new record high and the benchmark ASX200 Index closed at 7,589.8 – its second-highest close ever. This represents an increase of 905.6pts (+13.5%) since January 4, 2021, and the benchmark is now up over 3,000pts (+67.0%) since reaching an early pandemic low of 4,546.0 on March 23, 2020.
The period covered by these ratings is the six months from July – to December 2021. This period included the long lockdowns in Sydney, Melbourne and Canberra, which ended in October 2021 as Australia’s vaccination rates increased rapidly to be among the highest in the world. There was significant financial support provided to Australian households during this period by different layers of Government.

The Superannuation Satisfaction Report, with data up to December 2021, shows Unisuper with the highest customer satisfaction rating of any of the Industry Funds just ahead of Cbus and followed by Sunsuper, First State Super, CARE Super, AustralianSuper, HOSTPLUS, HESTA and Catholic Super.

The strong performance of the stock market during the last 18 months has helped drive customer satisfaction in Industry Funds to new highs in 2021. Among the leaders, satisfaction with Unisuper was up 8.1% points from a year ago; Cbus was up 5% points, and Sunsuper was up an exceptional 14.6% points.
Customer satisfaction is also near record highs for Public Sector Funds, at 77.7% in December, up 3.9% points on a year ago; and Retail Funds, at 67.0%, up 7.2% points on a year ago.

However, the highest customer satisfaction is again for Self-Managed Funds at 80.1%, which have experienced the largest increase of 8.5% points from a year ago.
The report’s findings are from Roy Morgan Single Source, Australia’s most trusted consumer survey, compiled by in-depth interviews with over 60,000 Australians each year.

Roy Morgan CEO Michele Levine says customer satisfaction with superannuation funds has remained at a high level late in 2021 and this strength has held up into the end of the year as Australian share-markets ended the year near record highs reached mid-year:

“Roy Morgan’s superannuation customer satisfaction ratings for the six months to December 2021 show satisfaction across the industry at a near record high of 71.5% – up an impressive 6.7% points on a year ago.
“The driver of the increase has been the performance of the ASX200 which bottomed at 4,546 at the start of the pandemic in March 2020 before increasing by 2,138.2pts (+47.0%) to 6,684.2 by the end of 2020. Over calendar year 2021 the ASX 200 increased an additional 905.6pts (+13.5%) to hit a near record high of 7,589.8 on the first trading day of this year.
“There have been big increases across all categories over the last year. Industry Funds are up 7.9% points to a new record high of 73.5% while Retail Funds have increased by almost as much, up 7.2% points to a satisfaction rating of 67.0%.
“However, despite these impressive results it is Self-Managed Funds which still lead the way with a customer satisfaction rating of 80.1%, up 8.5% points on a year ago, ahead of Public Sector Funds just behind in second place on 77.7%, up 3.9% points.
“The leading Superannuation Funds in December 2021 are the Unisuper, the leading Industry Fund which increased customer satisfaction by 8.1% points on a year ago, and Macquarie, the leading Retail Fund which increased customer satisfaction by an even more impressive 10.5% points on a year ago.
“The market faces several new challenges in 2022 including the threat of higher inflation driving an increase in interest rates. Although the RBA has stated it has no plans to raise interest rates this year there are many who believe higher inflation will force their hand.
“However, although inflation pressures are building substantially overseas, it remains muted in Australia. The latest ABS CPI reading for the year to December 2021 showed inflation of 3.5% which was exactly half the rate reported in the United States by the Bureau of Labor Statistics at 7.0%.
“Nevertheless, the rising level of inflation is being felt by Australians. The latest Inflation Expectations reported for the month of December 2021 show Australians expect inflation of 4.8% annually over the next two years – near a seven-year high for the index.”
Source: Roy Morgan