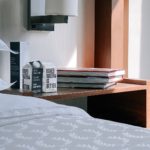 Frequent Flyers will now need 30 to 45 per cent fewer points for all Qantas Hotels and Qantas Holidays bookings, as part of an investment aimed at giving members more value.
This permanent improvement in value will deliver significantly more per point for the program’s 13 million members when they book hotels and holidays through Qantas, complementing the flying benefits members already enjoy.
Specifically, the changes mean that from today when using Qantas Points frequent flyers will need:

In addition, frequent flyers will need 20 per cent fewer points when using Points Plus Pay on flight bookings made before the end of April 2022, for travel up until April 2023.
Qantas Loyalty CEO, Olivia Wirth, said this was the latest of several major improvements made in recent years to deliver more value, drive member engagement and keep growing Australia’s biggest airline loyalty program.
“We’re increasing the power of a point when booking hotels and holidays because we want to reinvest in a program that has performed extremely well during COVID.
“Members have remained highly engaged despite the low levels of flying over the past two years, shown by the fact they’ve kept earning points on the ground and then redeemed them in record numbers.
“We saw more than seven billion points used to redeem flights in just four weeks following borders reopening and we want to keep that momentum going by making points go further for hotels and holidays, which in turn encourages members to keep earning with our partners and with the airline.
“We continue to reinvent the program to improve how members are recognised and rewarded. In 2019 made we made a number of changes, including significantly reducing the fees for international reward flights and delivering more rewards for members who earn most of their points through on-the-ground transactions. More recently, we’ve increased availability of reward seats across our network by up to 50 per cent as well.
“This latest change will help our growth into the hotel and holiday booking market, especially online, which is expected to rebound in the coming months,” she added.
Examples of more value when using points across Qantas Hotels and Holidays:
Qantas Hotels (Domestic):

Points Plus Pay:
For a limited time, members will benefit from 20 per cent off Points Plus Pay for flights booked by 30 April 2022. This means that members will save when using Points Plus Pay on every seat, on every flight. The change brings domestic and international flights on Qantas, Jetstar and partner airlines using Point Plus Pay closer to the value members already enjoy with Classic Flight Reward seats.
*Excluding Classic Hotels Rewards. Classic Hotel Rewards are limited in their availability and are available using Qantas Points only.