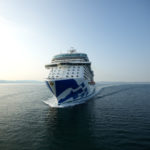 The ceremony honoured three members of The Explorers Club, Captain Lynn Danaher, Dr Vicki Ferrini and Jenifer Austin – who served as the godmothers of Enchanted Princess, with the notable godmothers having been recognised for their achievements in expeditions, oceanography and mapping the world’s oceans. 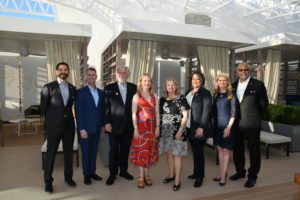