QF Flights From Australia Direct To FCO Take OffOakwood Premier Melbourne Confirming Its Luxury StatusLongreach Now One Of Australia’s Largest Cruising PortsBeyond Times Square Presents Luxury History Tours in BostonExperts Warn Travellers to Be Vigilant of ScamsSydney is One of the Best Cities for Baby-Boomers to Live in and VisitNEW 15-Day Tour of the Galapagos, Amazon & AndesTravel & tourism deal activity registers marginal growth of 1.4% in May 2022,Qantas To Expand PER Gateway With Flights To JNB And JKTViking Marks Float Out Of Newest Ocean Ship
Hotels in Queensland Are Preparing To Ban Unvaccinated Guests - Global Travel Media

Hotels in Queensland Are Preparing To Ban Unvaccinated Guests 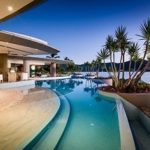 Unvaccinated Queenslanders may be barred from visiting holiday locations this summer, with several large hotels stating that they would deny reservations rather than deal with the state’s looming COVID-19 regulations.
Some major Queensland hotels and resorts have stated that unvaccinated Queenslanders will be able to book accommodation after December 17 but will be unable to enter cafes, bars, or restaurants. Hotel operators have indicated that they will refuse bookings because the Queensland government restrictions will be too difficult to enforce.
When the border opens, Queensland will only allow fully vaccinated interstate visitors to enter the state.
Queensland will open its border to interstate tourists on December 17, when the state is expected to hit its 80 per cent vaccination goal — but only if they are completely vaccinated.
The new guidelines would impose dozens of further limitations on Queenslanders who have yet to get vaccinated, including bans on cafés, restaurants, bars, pubs, and tourist activities.
According to the guidelines, such individuals would still be permitted to stay in hotels but will be barred from particular event areas that may provide food or beverages.
However, the possibility of having to control the behaviour of unvaccinated visitors worries operators.
David Hay of Kingfisher Bay Resort disagreed that tourist companies should be the ones to enforce government restrictions, calling the decision “pragmatic.”
“It’s unfair to ask our employees to regulate such things – it’s not their job,” he added.
“Everyone is there to look after everyone’s health, and it’s our responsibility of care to our staff and our clients that [lead to] this choice.”
We believe it is in everyone’s best interests if we are transparent about what we need and how those guidelines relate to our company.”
Because the establishment includes a bar and café, Steve Knight of Fraser Island Retreat may also refuse unvaccinated consumers entry to his general store, even though foodstuffs are categorised as an “essential service.”
Unvaccinated people would be required by law to remain away from particular places; however, at this hotel, the reception desk also serves as a café.
Mr Knight said, “It’s the same counter where you get coffees and sandwiches.”
Even if he could find a method to enable unvaccinated people to remain, the retreat does not provide room service, and there is no other food in the region.
Mr Knight said that visitors were now being informed that the retreat was compelled by law only to allow fully vaccinated persons on the grounds, but he hoped for government involvement.
“It would be fantastic if we could obtain an exception,” he remarked.
Staff at the Paradise Resort on the Gold Coast were had to be double jabbed earlier this year.
Manager David Brooks has said that when the state’s borders open, visitors would be required to be fully vaccinated.
“We have an obvious mission and, I suppose, a responsibility of care to the bulk of our visitors, who are families with children aged 0 to 14,” he said.
“We feel they are the most important, and their security and safety throughout their stay is critical.”
Mr Brooks said that his 25-year-old daughter was “bedridden for three months” after catching COVID earlier this year.
“It may take anybody of any faith or from any walk of life,” he warned.
Those who stay at the resort get access to all of the resort’s amenities, such as the water park, ice skating rink, climbing walls, and restaurants.
Mr Brooks said that granting certain visitors but not others access to the attractions would be “difficult to deal with.”
“Having unvaccinated visitors strolling around the resort utilising all of the facilities puts the majority at danger, as do our employees, who have already achieved a 99 per cent vaccination rate,” he said.
“Overall, it’s taking what the government has already legislated and leading the way.”
The Queensland Hotels Association (QHA) sent a message to members on its website on Thursday, thanking them for their patience while it works with the government to clarify the laws.
It said that it was still unclear what “reasonable actions” hotels were supposed to take against unvaccinated guests or if they could order takeout food and coffee.
“The QHA is aware that several areas still need explanation,” it said.

Joe Cusmano is the Editor of Stray Nomad. Having spent 30 years in the airline’s industry and having lived in 8 countries and 5 continents he is a true stray nomad and a jet fuel junkie who loves travel. He is a coffee and shopping addict and a lover of modern art.
https://www.straynomad.com.au/

Overview of the Virtual ITB-ASIA Event