Qantas To Expand PER Gateway With Flights To JNB And JKTViking Marks Float Out Of Newest Ocean ShipNews From Your Travel ClubLaos Phenomenal Cloud of BatsNew green pearl in the Allgäu: Das RübezahlMastercard Expands Travel SuiteAll-Inclusive and Carefree – Sustainable Hotels with Full Board PackagesRevenge travel: The new normal of post-COVID worldAn Intelligence Analyst’s View on Traveling to Europe NowExperience Authentic Gettysburg for Yourself
MSC Seashore named at Ocean Cay - Global Travel Media 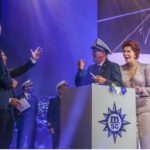 Said to have been the first naming ceremony for a cruise ship to be held at a private island it was presided over by Hollywood royalty Sophia Loren, who performed her role as Godmother to an MSC Cruises ship for the 16th time. 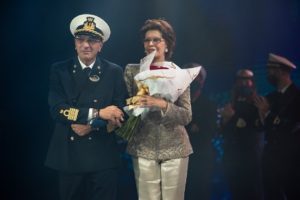 The event was attended by travel advisors and media from around the world, as well as other important VIPs and stakeholders, with the evening’s festivities taking place both aboard the new ship and on the island, as the vessel remained alongside throughout the night and included a stylish gala dinner and live entertainment from Rock and Roll Hall of Fame inductee and three-time Grammy Award-winner Nile Rodgers and his band Chic.

Following the event, MSC Seashore, MSC’s newest and most innovative vessel is operating out of PortMiami this coming season and has begun her inaugural 7-night cruise and U.S. season on November 20.