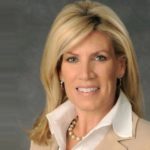 Former President of CBS Television Network Joins Board at NMG Network
Hawaii-founded boutique media company eyes global expansion in luxury lifestyle space with new leadership and investment round
NEW YORK — NMG Network, the leading creator of custom media experiences for luxury and leisure travel, hospitality, and premium residential partners, announces plans for global expansion including two appointments to the newly established board of directors; a global leadership team; and its first capital raise since inception in 2009.
On the heels of NMG Network’s recently announced partnership with Marriott International to produce their first premium global media channel, the appointment of Elizabeth Tumulty and Amit Mehta to NMG’s board of directors is the next strategic move in reaching NMG’s global trajectory.
Elizabeth Tumulty is a proven C-suite leader who recently served as president of CBS Television Network. The media veteran will advise on media expansion strategy. Amit Mehta is a partner at Builders VC and serial entrepreneur and will be instrumental in developing the global business model.
Elizabeth Tumulty is a visionary strategist and change maker, as proven during her tenure at CBS Network where she became the President of Affiliate Relations reporting directly to the Chairman of the Board. Responsible for CBS’s second largest revenue center, she grew revenue from a low nine figure total to an amount exceeding $2.5B in less than three years. Elizabeth was responsible for all operations including strategic planning, business affairs and affiliation agreements, with an emphasis on ensuring that CBS achieved full value for its content. Prior to joining CBS, Tumulty was instrumental in launching the CW Network and concurrently served as the first female Senior VP of Affiliate Relations and Communications for the WB Network. An esteemed speaker, Elizabeth was invited to the 2018 World Economic Forum in Davos to speak on “The Intrinsic Value of Women” panel. Currently, Elizabeth is a board director, CEO advisor and mentor, and was most recently appointed to the board of directors of Ad Fontes in July 2021.
“As a seasoned media executive I immediately recognized the unique, targeted value proposition of NMG specific to content, advertisers and distribution required for success in today’s vast and challenging media environment. I look forward to sharing my expertise as we strategically scale NMG to unparalleled success,” said Tumulty.
Also appointed to the board is Dr. Amit Mehta, a Harvard trained physician who leads the health-IT investment practice as a general partner at Builders VC. Additionally, he is the founder and chief medical officer of Intrinsic Imaging, a San Antonio based bio-tech company acquired by WCG Clinical, Inc. for $80M in July 2021. Amit’s successful strategies in go-to-market launches and interest in market validation of new technologies have led to his global influence in areas of venture capital, clinical trials, imaging, device development, artificial intelligence, real estate, and sports marketing.
“I am excited to be appointed on the board of NMG as it expands to a global footprint evolving its current successful playbook on a larger stage. With recent key milestones including partnership with Marriott International, NMG is poised for hockey stick growth,” said Dr. Mehta.
Another key decision made to support global growth was hiring a robust leadership team with a breadth of experience. NMG’s thoughtful selection of the global team was a lengthy process as the media company was in search of key players from diverse backgrounds and industry experience, ultimately bringing on Merri Gruesser as VP, Global Partnerships & Development, previously at Deloitte & Touche and Saks Fifth Avenue; Marly Graubard as VP, Global Sales previously at Marie Claire, W Magazine, and The New Yorker; Marc Graser as VP, Global Content previously at Variety, Marriott International and Hilton, and Dan Bradley as VP, Global Branded Video from VICE Media.
“Since founding the company in 2009, my vision for NMG was always for us to have a global footprint,” said Jason Cutinella, founder and CEO. “With our roster of luxury partnerships in place, NMG decided that the timing was right to take on its first ever investment after seeing steady growth over the past decade without sacrificing our creative integrity. This, plus the new board of directors and global team, positions NMG for global expansion, and success, as we enter a new phase of growth.”
In addition, local accelerator Blue Startups joined the funding round as NMG is now poised for global growth.
“We were excited to participate in this round and support our longtime partner and mentor at Blue Startups as they launch a global roll-out of their products. Blue Startups has a focus on scalable travel and tourism solution companies coming out of Hawaii and NMG is a perfect fit for this investment strategy”, said Chenoa Farnsworth, Managing Partner, Blue Startups.

Rajeev Suri, CEO of Inmarsat, reappointed as a Commissioner for the UN Broadband Commission

Boating NZ magazine to have a new editor