How flights to Oz look from UK – as Ryanair hails recovery

Air travel in Europe is recovering rapidly as carriers slash fares, according to a man who should know (Ryanair chief executive Michael O’Leary) – and on longer-haul routes, travellers in Britain are sorting out the best ways to fly to Australia.
O’Leary told the BBC’s Today news program of a “very strong” recovery in short-haul travel across Europe, “being led by Ryanair”.
The EU rollout of a digital vaccination certificate had triggered a dramatic recovery, O’Leary said, and passenger numbers were building fast.
“For the half year, our passenger numbers doubled, our revenue rose 83% but our costs only rose 63%,” he said.
Half-year losses have narrowed to 48 million euros. The annual loss will be a lot more but booking patterns are recovering.
“We are the cleanest, greenest airline in Europe,” O’Leary added – so green that passengers could help the carbon footprint by switching from legacy carriers to Ryanair.
O’Leary revealed that Ryanair will almost certainly de-list from the London Stock Exchange in the next six months, another flow-on from Brexit.
You can hear O’Leary’s views here on the BBC Today audio program. Skip forward to 1.14:10 into the broadcast.
MEANWHILE, Britons, and Australians resident in Britain, are booking trips to Australia as barriers lift.
Here’s an insight into how one couple, who live in London, found the situation when they booked last weekend. We’ll call them Janet and John. They booked to fly separately to Australia. Janet wants to fly at the end of March 2022, and John in mid-April. They looked at a number of options being offered by various airlines. A major factor in their choice was fare flexibility, given the current uncertainty re Covid and quarantine.
Janet and John ended up booking with Emirates for about GBP 930 (AUD 1707) each, “as Emirates allows cancellation and re-booking at no charge,” John explained.
“Qantas has a cheaper fare at GBP 830 (AUD 1524), but they have a change fee of about GBP 200 [AUD 367] per leg, plus a cancellation fee.”
Janet said that although Qantas was promoting no-charge cancellation and re-booking, “to get that, you have to pay about GBP 200 [AUD 367] extra per leg”.
The couple said Qatar was charging about GBP 1030 (AUD 1891), with cancellation and re-booking fees of about GBP 130 (AUD 239) per leg.
Written by Peter Needham 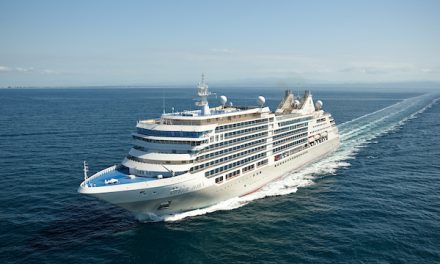