Autumn in Tuscany: Florence in the Spotlight with Strong Demand for the November Break

For a region like Tuscany, the period from the end of August to mid-November is always very special: it is a period in which the regional tourism market undergoes a sort of reshuffling of the cards, where the popularity of seaside destinations give way to cities, filled with art and culture. Similarly, domestic tourism gives way for international tourism, which takes on a more important role in the shoulder season, as demand becomes more sensitive to festivities and events.

An analysis of tourist searches made for accommodation establishments, during the period of 17 August to 17 October, clearly shows this change: at the end of August, the market was still linked to low-season, seaside tourism and demand were concentrated especially in the Maremma Toscana and Costa Degli Etruschi areas. The tourists most interested in overnight stays were mainly Italian, although the share of international travellers was increasing. During September, interest grew in the inland destinations of Chianti, Val d’Elsa, Val d’Orcia and Val di Chiana, while seaside destinations took a backseat; here, foreign demand was more significant, but the domestic market was still the predominant one (Italians were 57% of the total). For Florence and the Florentine area, the pressure of demand increased with Autumn: searches for overnight stays increased for both the domestic market and for the international market—although the latter had a more important share than the other Tuscan destinations (Italians made up 46%; foreigners made up 54%).

FLORENTINE MONOPOLY
Despite these changes, the good summer performance of seaside destinations and that artistic cities have been the hardest hit destinations during the pandemic, Florence has consistently been the leading destination for Tuscan tourism. 69% of all the beds searched in the last two months are for Florence and its surroundings; over two-thirds of the tourists who want to visit Tuscany choose it as a base for overnight stays, and demand grows as Autumn progresses. This is a very significant fact because of the great concentration of demand in a single area, giving the city almost a monopoly on tourism in the region. This is good news for the destinations surrounding the city, albeit less so for those concerned about excessive tourism.

THE MOST POPULAR PERIOD

When it comes to arrival dates, demand is also very concentrated: considering future dates (i.e., October 19-31), the most popular period in the November 1st holiday. They looked at tourists for overnight stays primarily on Friday, October 29 and Saturday, October 30 (this is the peak date), with an average stay of 2.6 nights.

They confirm this trend in all Tuscan destinations, even the seaside ones. Searches come mainly from Italian tourists, who account for 79.6% of the total, while foreigners account for 20.4%. For the Florentine area, the share of foreign tourists is slightly higher (23.3%).

It is interesting to note that after the holiday weekend, demand drops considerably; for the following weekends, the demand for overnight stays is considerably lower and remains so for the entire month of November.

Tourism for Rural Development in 2022 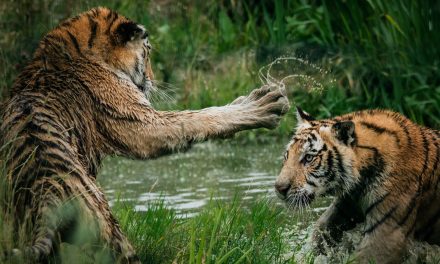 Airlines In The U.S. Are Betting on Busy Thanksgiving Traffic