In an attempt to become the go-to destination for a quick getaway, Lithuania promotes the opportunity to stay longer in the country by compensating visitors’ third-night stay. Aside from being known for its stunning natural landscapes and off-the-wall tourism campaigns, there are many bizarre unheard-of things about Lithuania’s biggest cities that distinguish the country as a unique travel destination.
Lithuania Travel—the country’s national tourism development agency—has compiled a list of the top 9 unknown facts about Lithuania’s cities: Vilnius, Kaunas, and Klaipėda.
1. It takes less than 2,000 steps to explore Vilnius. As the entire country is rather small, so are the individual cities. For example, it only takes 1,969 steps to explore the main sightseeing attractions of the country’s capital Vilnius. The number might seem small, but Vilnius’s UNESCO-listed Old Town is one of the easiest to explore on foot in Europe. That is why even the shortest afternoon stroll in Vilnius is packed with rich and colorful history, astonishing Baroque architecture, green parks, and artistic spaces.
2. Part of the capital is buried underground. Under the streets of Vilnius Old Town, there is a hidden underground world. The basement of the Vilnius Cathedral is the burial place of famous rulers and nobles of the Grand Duchy of Lithuania as well as the former bishops of the cathedral. Today, the modern exposition gives visitors an opportunity to explore the ancient Lithuanian burial traditions, see the excavations found during archaeological research, and learn about the history of the building itself.
3. Vilnius is home to the set of Netflix’s Stranger Things. Lukiškės Prison, one of the most notorious facilities located at the centre of Vilnius, has been repurposed into a cultural space after being closed down as a prison since 2019. The century-old prison—which has attained global recognition as a shooting location for Netflix’s Stranger Things—has now been repurposed to host cultural activities, concerts, festivals, and exclusive educational tours for at least 2 years. Today, the new entertainment hub, titled “Lukiškės Prison 2.0,” has given around 250 local artists an opportunity to resume their creative pursuits and amuse Vilnius’ locals and visitors with a spectrum of cultural experiences.
4. Kaunas has HBO’s Chernobyl-featured collection of war relics housed in a nuclear shelter. The collection of Atomic Bunker gives Kaunas’ visitors a chance to explore impressive Cold War artefacts, weapons, unique equipment of the KGB, authentically equipped interrogation rooms accompanied by stories revealing how the oppressive Soviet system functioned in Lithuania. The private museum’s collection is not only recognized by international experts but has also been featured in the famous HBO’s series Chernobyl.
5. Kaunas is home to The Devils’ Museum. The Devils’ Museum in Kaunas—which has been listed among the most unique museums in the world—houses somewhere around 3000 horned exhibits from all over the globe: pieces of visual arts and crafts, souvenirs, masks, and more. This exhibition gives the city’s visitors an opportunity to take a closer look at the mysterious mythological creature and how it is depicted in as many as 70 countries of the world.
6. Kaunas offers an opportunity to dine in an active monastery. Pažaislis Monastery— a genuine baroque gem from the 17th century—was built by the affluent, influential and religious Pacas family. Located at the monastery, Monte Pacis—a unique dining and hospitality complex—invites visitors to experience a contemporary interpretation of historical dishes. Spiced with the culinary insights and creative secrets of the monks, the dishes are made from locally grown products. Today, it is known as one of the most visited tourist attractions in Kaunas.
7. Klaipėda has unique historical ties with the German Empire. While Klaipėda is known for preserving traditional Lithuanian culture, there is a distinctly German flavour to it. Lithuania’s third-largest city—formerly known as Memel—was part of the Prussian Kingdom (and at one point in time its capital) until the region regained its autonomy in 1923. Buildings in the compact Old Town—such as the Old Mill Hotel—are constructed in the German fachwerk style. That is, with distinctive half-timbered facades. 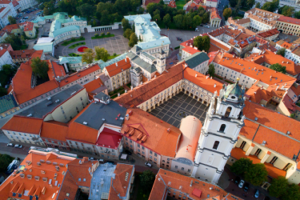 8. Klaipėda’s visitors can explore the city’s Old Town via an escape-room-like game. “The lost Klaipėda” is an interactive smartphone game which the city’s visitors are invited to actively participate in. This virtual guide leads the participants through the city solving its mysteries and turning the pages of the city’s history, throughout the 2.5 km long route in the Old Town of Klaipėda.
9. Klaipėda is known for its one-of-a-kind deep fried cheese sticks. Senamiesčio piršteliai ( the “Old Town Fingers”) are a must-try snack of Klaipėda. Though the name may not describe their uniqueness, the competitors have not been able to recreate anything similar. Crispy, chewy, and delicious, the fingers have gained so much popularity that more than half of the visitors coming to the “Old Town Bar”—where the snack is served originally—have been ordering them here for more than 20 years.

Seven Ways to Enjoy Winter in Switzerland for Non-Skiers 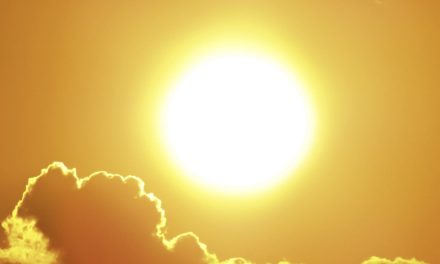 Let’s celebrate Beethoven and immerse ourselves in culture!

Ceramics In The Sign Of The Best Made In Italy