United Airlines Inc. (United Airlines) has entered into an agreement with Boom Supersonic to buy its first supersonic commercial jet ‘Overture’. United Airlines is the first American airline company to go for a commercial supersonic jet, which will be based on sustainable air-fuel and will be operational by 2029. Against this backdrop, the company witnessed more than a 200% jump in influencer conversations on Twitter during the first week of June 2021 over the previous week, according to GlobalData, a leading data, and analytics company. 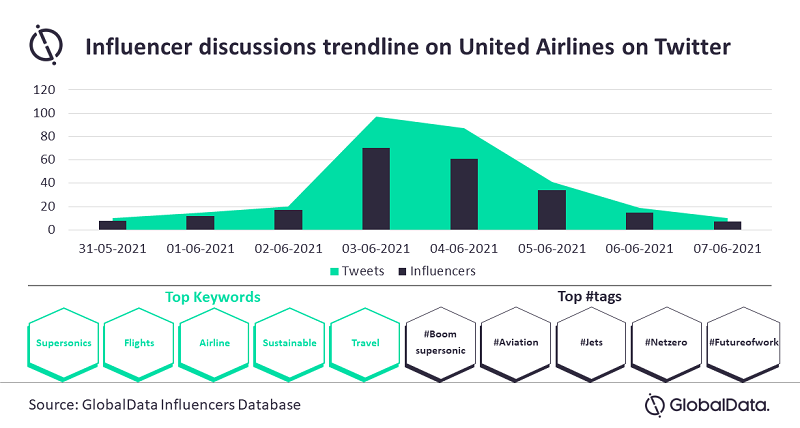 Smitarani Tripathy, Influencer Analyst at GlobalData, comments: “The influencers’ sentiments were largely positive on United Airlines’s decision to buy supersonic aircraft. Influencers see this as a significant step of the company towards achieving zero-carbon emissions, along with cutting the flight times to half.”

Below are a few most popular Influencer tweets captured by GlobalData’s Company Influencer Platform:

“When entrepreneurs have the ambition and vision to make the impossible, possible. 2x faster + net carbon neutral. Supersonic flights.

This is the stuff that VC dreams are made of!

“I’ve never been so excited to be Global Services!  United Airlines agrees to purchase 15 Boom supersonic airliners https://tcrn.ch/3w0cnQF via

SWISS to connect Geneva with Munich and Frankfurt 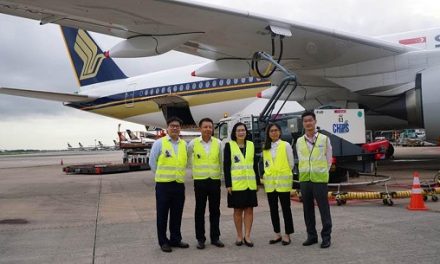