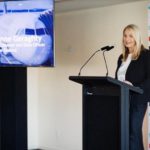 As trans-Tasman tourism grows steadily in the light of the recently established travel bubble (despite the hitch from Victoria), Tourism New Zealand will hold an Australian roadshow in August, and Air New Zealand reports encouraging progress during 2021.

Tourism New Zealand chief executive René de Monchy told BEIA MEETINGS in Auckland yesterday that the next two years were likely to prove highly competitive and dynamic. The past year has shown the ability of New Zealand’s tourism industry to handle and emerge from a crisis, he said.

Air New Zealand’s chief customer and sales officer, Leanne Geraghty, outlined the airline’s most turbulent year, in which it had shed one-third of its staff.

Unlike a lot of other airlines, Air New Zealand continued to fly throughout the pandemic. Geraghty reminded MEETINGS, delegates. It had also recently been trialing the IATA travel pass, designed to provide a way to keep flying during the Covid era. The pass was proving to be a promising and important app, Geraghty reported.

Geraghty said the airline was optimistic about the progress of travel bubbles with the Cook Islands and across the Tasman. Tasman travel bookings started with a powerful surge in bookings, largely by people wanting to visit friends and relatives. Since then, there had been steady growth as confidence built up.

Air New Zealand had entered bubble arrangements in the expectation the process could be a rollercoaster, Geraghty said.

On the domestic front, traffic was now approaching about 90% of the 2019 equivalent, which was impressive when you considered that about 30% of domestic seats used to be taken by overseas visitors.

The corporate market was showing greater strength from Australia than in the other direction, Geraghty said. New Zealand was globally renowned as a safe and attractive destination, which helped. Air New Zealand was rebuilding itself, not just the way it was, but better than before.