After The Covid Blow, Virgin Expands its Flight Schedule

After a very controversial statement this week where Virgin CEO Jayne Hrdlicka was lobbing for Australia to open its long-closed international border soonest at the cost that “some people may die”, on Thursday she said she understood her words “taken in isolation may have hurt some people. If I had my time again, I would use different words to make the same point.

Ms Hrdlicka said that Virgin Australia has “turned a corner” from the worst of the pandemic.

Virgin Australia has “turned a corner” from the worst of the COVID-19 pandemic and is about to dramatically expand its operations, the airline’s Ms Hrdlicka says. 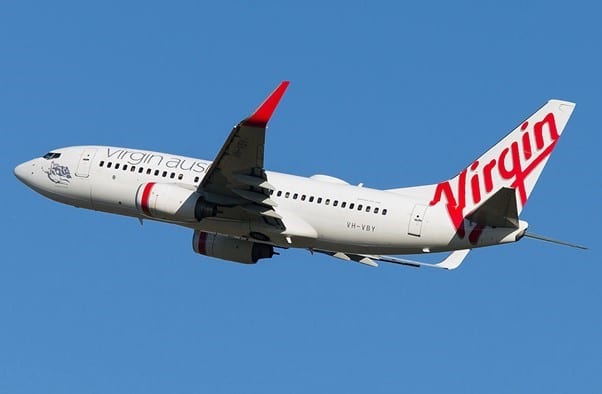 Virgin will be running 700 extra flights across Australia by October, including on five new routes focused on the country’s north.

Direct services are planned from Sydney to both Darwin and Townsville, from Adelaide to Cairns, Melbourne to Townsville, and Perth to Cairns.

The airline will also increase the frequency of services on existing routes and has promised 250 new jobs. Those jobs are on top of 370 cabin crew roles announced last month.

Virgin made the announcement as Qantas said it would impose a two-year wage freeze for staff and offer voluntary redundancies for international cabin crew.

Qantas is forecasting a statutory pre-tax loss of more than $2 billion for the current financial year and expects to have lost $16 billion in revenue because of the coronavirus pandemic.

Queensland will be a big winner from Virgin’s expansion plan, with flight frequencies to key destinations to rise by 40 percent, including Brisbane, the Whitsunday Coast, Hamilton Island, Cairns, Townsville, the Gold Coast, and Sunshine Coast.

Tasmania will benefit from an additional 50 weekly flights to Launceston and Hobart by October, up 38 percent on the current schedule.

Services on the Sydney-Brisbane-Melbourne triangle will also grow to an average of 100 flights a day by October, up 30 percent.

“The time is right for us to bring back jobs and put more aircraft in the skies,” she said on Thursday. “We are so pleased to have turned a corner from the worst of the pandemic.”

Deputy Prime Minister Michael McCormack addressed Virgin staff alongside Ms Hrdlicka in Brisbane, saying the airline’s turnaround was remarkable given the situation a year ago.

“It was a troubling time, it was a challenging time but we responded as a government, as a nation.”

He said the government’s decision to subsidise 800,000 half price tickets had the desired effect.

Cheap Aussie Flights: But what if you suffer from tinnitus?