The Future of Cruising from the worlds leading Covid-19 Expert I have become so absolutely exhausted at listening to the absolute rubbish and commentary from uneducated and self-proclaimed “experts” including in mainstream media about COVID-19 and cruising, and also the deadly and deafening silence most frighteningly from State and Federal Government about cruising and in particular about when cruising and especially domestic and even bubble cruising, including New Zealand could start in Australia.

So, as you would expect from Global Travel Media, digging accurate information out for you our subscribers, I began looking for real highly qualified and experienced expert that could tell me the real story about COVID-19 and cruising.

So, very surprisingly as I live on the Sunshine Coast, I found Dr Ian Norton, the region’s and much further afield globally, pre-eminent expert in emergency medical response, including some of the world’s most serious diseases, such as Ebola, diphtheria and measles outbreaks in many countries and now COVID-19, right here on my doorstep on the Sunshine Coast!

Just in case you were wondering how much of an expert Dr Ian Norton really is, let me tell you.

He has a Bachelor of Medicine and a Bachelor of Surgery from University College, Dublin.  He is a Member of the Royal College of Surgeons in Ireland, with a Diploma in International Health and a Diploma in Tropical Medicine.  He is a Fellow of the Australasian College of Emergency Medicine.  He was a Senior Fellow Emergency Medicine at Sir Charles Gairdner Hospital, Perth.  He was an Emergency Medicine Physician at the Royal Darwin Hospital, where he also directed the Emergency Medicine training program (DEMT) and directed Remote Area Trauma Education for the Northern Territory, delivering specialist trauma courses in remote Aboriginal communities and he acted as Director of the Emergency Department.  He was Director – Disaster Preparedness and Response at the National Critical Care & Trauma Response Centre in Darwin and instrumental in creating the Australian Government’s disaster response cache and the training of 700 volunteers who now make up the Australian Government Emergency Medical Team (AusMAT), leading AusMAT on several international deployments, including the Pakistan floods, Solomon Island dengue support and Typhoon Haiyan, Philippines in Tacloban and he also led the mass casualty burns response to a refugee boat explosion off Ashmore Reef in 2009.  He was the Head of Emergency Medical Team (EMT) Initiative with the World Health Organization for 6 years in  Geneva, Switzerland, seconded by the Australian Government with the EMT initiative within WHO over 6 years having grown to involve 130 countries and responding to multiple emergencies at national, regional and global level. Other roles involved the creation and implementation of the Quality Assurance system of International EMTs, the implementation of capacity building for national and regional EMTs across every WHO region and the coordination of response by EMTs to the West African Ebola Outbreak, Nepal Earthquake, Outbreaks of Diphtheria among the Rohingya refugee camps and the Humanitarian trauma care pathways during conflict in Mosul and Syria.

He is now Founder & Managing Director of Respond Global he describes as a social enterprise dedicated to empowering public and private organizations to confidently plan, prepare and respond to global health emergencies, with Respond Global having a noble ethos: they will never replace, but rather, empower those already in charge and those on the frontlines to continue to do their important work, equipped with greater support, confidence and clarity.

The Respond Global team is currently leading many organisations through the COVID-19 Pandemic, with Ian and his team providing expert, customised advice and strategic support to help businesses feel safe and ready, both now and into the future.

Ian led the medical response to the quarantine of crew aboard the Ruby Princess and is assisted the Australian Government to manage the aged care crisis in Victoria.

He also currently advises several cruise lines, well known to us all on their health and safety protocols, including Coral Expeditions, Ponant, Aurora Expeditions, APT, MSC and P&O/Carnival, here in Australia.

So what Dr Norton tell me?

He told me an amazing amount and it was stunning to have the opportunity to speak with real expert in COVID-19, and if you have any interest whatsoever in cruising and COVID-19, you should watch my interview with him below.

The key message to us all and especially to the State and Federal Governments is that he is of the opinion that there is no reason whatsoever that with stringent testing for passengers and crew, domestic cruising within our Australian bubble could not start right now.

He also said that while it would be beneficial he believes it is not necessary to wait for the majority of the population to be vaccinated and while that would be good in due course there was no need to wait for the vaccine rollout to be completed, so long as the protocols were adhered to sailing vessels in Australian waters with Australian crews.

He also said that with the opening of the Trans-Tasman bubble, he does not see any problems for cruise ships to sail to New Zealand, as long as the vessel is COVID-free and all passengers and crew have been tested and that other Pacific bubbles could also be included.

He said that it also does not matter if the cruise line is an international brand or Australian-flagged for the ship to cruise safely around Australia and we also discussed the issue of crew and testing and vaccination.

So, enough for me, watch the video to get an amazing insight from a REAL expert on COVID-19 and cruising – this is a must watch video. 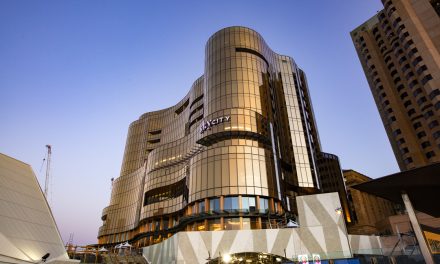 Cambodia to diversify its myriad of tourism products

CDC says YES to cruising in the USA