Tasman travel imminent with bubble likely to start in weeks

New Zealand is on the brink of announcing a quarantine-free travel bubble with Australia, a momentous decision set to unleash a pent-up wave of demand for flights.

A decision is expected from New Zealand cabinet this week, possibly even today, with April tipped to be the likely start of quarantine-free flights between the two countries. Air New Zealand has confirmed it will begin its 10th service to Australia – non-stop between Auckland and Hobart using A320neo aircraft – as soon as the bubble is confirmed.

Demand for flights between the prime city pair of Sydney-Auckland should be enormous, with the gateways of Melbourne, Brisbane, Wellington, Christchurch and Queenstown also likely to see much activity.

Travel agents in New Zealand are expecting “a surge in demand for overseas trips”, Radio New Zealand (RNZ) reported at the weekend. It added that the proposal to open borders to Australia could be placed before NZ Cabinet as early as today (Monday 22 March 2021).

New South Wales, Queensland and Victoria are already open to New Zealanders, quarantine-free. At the moment, however, visitors must do 14 days quarantine on return to New Zealand. Any Australian visitors to New Zealand must do the same, unless exempt. Australia currently bans its citizens and residents from travelling anywhere overseas, so Australia would need to make New Zealand an exception for the bubble to proceed.

RNZ quoted House of Travel’s chief operating officer, Brent Thomas, saying that Kiwis who normally might head farther afield would grab the opportunity to visit Australia “having been 12 months now without actually getting away”. Australasia’s largest independent travel company, House of Travel owns TravelManagers in Australia.

Many Kiwi visitors to Australia will have money to spend on touring and other extras and the same is true in the other direction. For some travel and tour operators, the development could prove a lifesaver. 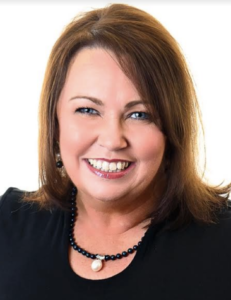 Leaked details of the likely “bubble” arrangements say New Zealand and Australia would each retain the right to stop travel immediately (burst the bubble) if an outbreak of Covid-19 erupted in either country. Contingency plans are being drawn up on how to accommodate any travellers “trapped” on the other side of the Tasman, in such an eventuality.

For day-to-day travel, proposals see airports divided into separate “green zones” and “red zones”. The green zones will be dedicated to quarantine-free travel between Australia and New Zealand, while red zones will handle travellers from other countries, who need to quarantine.

NZ Covid-19 Recovery Minister Chris Hipkins told NZ Parliament on Friday that Auckland airport would need 10 days to prepare for launch of the bubble. Airlines are reported to require three weeks’ notice to gear up to launch full trans-Tasman services.

A trans-Tasman travel breakthrough will be great news for the travel industry in Australia and New Zealand, for tourism and business events operators in both markets, and for Aussies and Kiwis seeking to visit friends and reunite with loved ones. 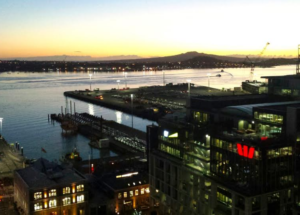 Auckland Harbour at dawn from the SO Auckland Hotel

In a powerful gesture of confidence, Business Events Industry Aotearoa (BEIA), the official, membership-based association of New Zealand’s conference and business events industry, went ahead last year and confirmed MEETINGS 2021 for 2 and 3 June 2021 in Auckland.

BEIA’s bold move looks like paying off. Australian hosted buyers heading to New Zealand’s premier business events meeting can be sure of “a huge welcome” to celebrate the travel bubble, says BEIA chief executive, Lisa Hopkins. She says the June event will be critical for reigniting the industry and updating buyers on the latest venues and unique experiences across Aotearoa New Zealand.

Australia and New Zealand are among the world’s closest allies – socially, economically and in trade and history.

For the whole calendar year 2019 (disregarding the Covid-distorted year 2020), New Zealand continued to be the leading destination country for Australians travelling overseas, with nearly 1.5 million trips. New Zealand was also the main supplier of visitors to Australia, before the pandemic closed borders. It was number-one visitor provider to Australia in December 2019. Even now, each of the two countries is still the main visitor supplier to the other, though the pandemic and consequent lockdowns have vastly reduced the visitor flow.

Qantas mulls basing itself in one state – but which one?