Marginal advantage: a whiff of pork in the government’s great tourist ticket lottery

The Morrison government’s plan to halve the cost of up to 800,000 air tickets for interstate travellers is a rescue package of sorts for Australia’s tourism industry.

But the highly selective list of destinations – 13 were initially announced, though more may be added – suggests a bit of political pork has been included in the menu.

Under the scheme – the centrepiece of a A$1.2 billion “Tourism Aviation Network Support Program” – the government will subsidise tickets for interstate travel to these chosen destinations between April and July.

The government hopes this encouragement to travel interstate will help keep tourism-related businesses afloat while international borders remain closed. The government’s assumption is international travel will start to resume after October. But that will depend on the progress of the national vaccination program.

Targeted support for the tourism sector is certainly warranted to fill the gap left by the JobKeeper program (which will wind down at the end of month). But this package can be fairly criticised for being arbitrary and skewed by a cynical eye on marginal seats.

In principle, a reasonable idea

While closing the border has cut off the flow of international tourists, it also means there are as many Australians not taking overseas holidays. Getting them to spend money on a domestic holiday instead would substantially alleviate the tourism sector’s woes.

But the recession has naturally led most of us to tighten our belts, while state border closures have made us cautious about booking interstate holidays. By providing a short window in which flights will be cheap as chips, this package gives Australians an extra push to take a holiday this winter.

But its targeting is questionable

While the bureau doesn’t count employees in the tourism sector directly, the accommodation and food services industry provides a useful proxy.

The following graph shows changes in the total number of hours worked in the accommodation and food services industry from November 2019 to November 2020 in each subsidised destination compared with the rest of its state. (The three Tasmanian destinations have been rolled into one.)

I’ve used hours worked by region instead of the unemployment rate so as to eliminate the effects of the JobKeeper program, which has kept many workers on payrolls even if they haven’t been getting many shiftsThe majority of the chosen destinations have had large falls in hours worked. Hardest hit was Broome in far-north Western Australia, where the total number of hours worked has fallen by more than half – a likely consequence of the Western Australian government closing the border with other states.

Not all make sense

Not all the chosen locations, however, appear to make as much sense. An example is Cairns in far-north Queensland.

As the tourist gateway to the Great Barrier Reef, it might have been expected to have been among the hardest hit by the loss of international tourists. But the statistics show hours worked in the local accommodation and food sector actually increased over 2020. This suggests domestic visitors have more than filled the void left by international visitors.

The same is true, to a lesser degree, for Queensland’s Gold Coast and northern Tasmania (Launceston, Devonport and Burnie). These areas have had decreases in the number of hours worked, but the falls are actually much smaller than the rest of the state has experienced.

So it seems to make little sense to include them in the support package while excluding destinations such as capital cities, whose tourism-related sectors have been among the biggest losers from travel bans.

So what has been the government’s rationale for what made the list and what hasn’t? Well, far-north Queensland and northern Tasmania are home to marginal seats.

Cairns falls within the electorate of Leichhardt, a “bellwether seat” for most of the past 50 years, having been won by the party of government at 18 of the 19 elections since 1972. Visits to the area may also benefit businesses in neighbouring Kennedy, held by independent Bob Katter.

Devonport and Burnie fall within the electorate of Braddon, held by the Liberal Party since 2019 but which has swapped hands five times in the past 20 years. So too has neighbouring Bass (containing Launceston), which Liberal incumbent Bridget Archer won by just 563 votes at the last federal election. It seems likely that the government has let politics creep into the design of this economic lifeline.

Australia’s tourism sector will continue to need support while travel is restricted, but it would be better for all of us if political pork was kept off the menu.

Disclosure statement: Isaac Gross does not work for, consult, own shares in or receive funding from any company or organisation that would benefit from this article, and has disclosed no relevant affiliations beyond their academic appointment. 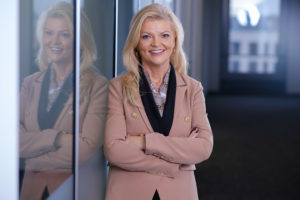