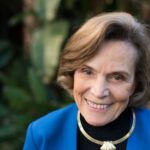 Dr. Earle will be a special guest on a 9-day sailing in and around Baja California and the Sea of Cortez – from May 4 to 12, 2022 – on board its new, small expedition ship, the Sylvia Earle, named to honour Dr. Earle’s long-standing ocean conservation efforts.

Dr. Earle has a deep personal connection to the Sea of Cortez, nominated as the first ‘Hope Spot’ by Mission Blue – her own conservation alliance – which has created a global network of 136 marine protected areas to date. Expeditioners will enjoy fascinating once-in-a-lifetime on-board talks by Dr. Earle and join her on immersive excursions by land and sea in the Gulf of California.

The voyage is the chance for explorers to see and learn about this extraordinarily rich and biodiverse marine environment and become ‘ambassadors’ for ocean conservation. Expeditioners will hear directly from Dr. Earle about the significance of climate change and why this is one of her designated Hope Spots and a UNESCO World Heritage-listed site.

Aurora Expeditions and the new Sylvia Earle ship will support Mission Blue’s efforts with wildlife mapping, location photography and video – above and below the water – and ‘Citizen Science’ projects run by on-board expedition leaders to support marine research. 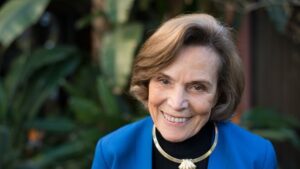 “By travelling with Aurora Expeditions on Sylvia Earle, I feel it is an incredible opportunity for people to learn about these extraordinary marine habitats in situ, and as a result, become ambassadors for protecting them,” says Dr. Earle.

“Ninety-seven percent of the Earth’s water is ocean, it is our life support system and we need to learn everything we can about it,” she adds. “I see great synergies in working closely with a company that shares my vision for the future and which is, from the top down, passionate about the marine environment.”

The David Attenborough of the marine world, Dr. Earle was the first female chief scientist of the U.S. National Oceanic and Atmospheric Administration; has been a National Geographic explorer-in-residence since 1998; and was named by Time magazine as its first ‘Hero of the Planet’ the same year.

“Our goal is literally to inspire a network of hope – one place, one community, one vision at a time – but together around the world,” says Dr. Earle. “And by linking people, sharing stories, and carrying evidence of success or problems from one place to another, we get this global ‘brains trust’ working to get us from where we are to a better place.”

New, Amplified Adventures on Royal Caribbean’s Allure of The Seas to Make A Summer Splash in Europe