Good news on trans-Tasman travel may arrive this week 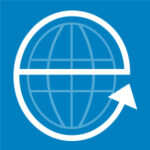 A two-way travel bubble between New Zealand and Australia which doesn’t involve quarantine – it’s just the best thing that could happen for tourism and business travel in both countries; it may be announced this week and it could even be in place before Christmas.

Australian media organisations, notably the West Australian and some Murdoch publications, say New Zealand Prime Minister Jacinda Ardern will announce the creation of a trans-Tasman bubble when she swears in her new Cabinet this Friday.

The measure, which would allow Australians to visit New Zealand without need for quarantine, could possibly start with just one or two Australian states.

The New Zealand Government has yet to confirm it, saying only that talks between the two countries continue and no firm date has been set for a travel bubble.

Following her recent re-election with a resounding majority, Ardern has named her new Cabinet today (Monday 2 November). Ministers will be sworn in this Friday, when Cabinet will meet for the first time. 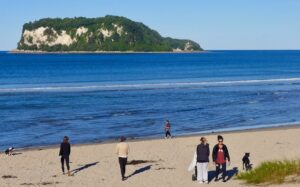 Ardern says she will set out her new government’s priorities “though to the end of this year, in particular actions we will take to accelerate the economic recovery and to continue keeping New Zealand and New Zealanders safe from Covid”.

Australia has already introduced a “one-way travel bubble” letting New Zealanders visit several Australian states and territories without needing to quarantine. So far, however, Ardern has refused to reciprocate. New Zealand’s borders have been closed to international travel since March. Anyone entering New Zealand must undergo two weeks mandatory quarantine at their own expense (about $3000), with some exemptions for health workers and key industries.

Covid-19 has been virtually eliminated in New Zealand – and Australia yesterday achieved a day with no locally acquired cases for the first time in nearly five months.

Both countries are very important to each other, including for business, leisure and VFR travel. New Zealand was the largest source country for travel to Australia in 2019 and the same is often true in the other direction.

Here’s how a two-way, non-quarantine travel bubble between New Zealand and Australia could work, along with a couple of other key considerations:

Australians Are Undecided on International Travel