So, you thought all cruises had stopped? Not with PONANT! 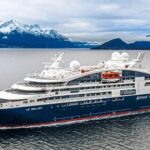 I was amazed during our recent Global Travel Media “What Might the Future of Cruising Look Like” webinar to hear from Deb Corbett, General Manager Sales & Marketing Asia Pacific that PONANT, one of the world’s leading luxury cruise operators had resumed operations 2 months ago, with Deb saying, “the future of cruising is here now for PONANT, with 40 cruises across 9 ships having already taken place”!

She added that at PONANT they believe that small capacity with immersive experiences, all in a sanitary bubble, is the future of cruising, because limited guest numbers equals manageable and scalable protocols for boarding, onboard social distancing and excursions”, adding, “ We also believe it’s about having a really modern fleet that provides state of the art technology to implement strict health and safety protocols”.

Deb also stressed that because the PONANT fleet is young, PONANT has the latest generation technology onboard, which allows 100% fresh air ventilation in all staterooms, ventilated air renewed in common areas at least 5 times per hour and so much more.

Deb told me that the real testament to the start of PONANT’s cruise season are their satisfaction results, with these results having been excellent.

PONANT boasts a series of 6 Explorers with the 5th, named Le Bellot having been delivered in April this year and the final Explorer (Le Jacques Cartier) being delivered last month, just in time for the restart in Europe. Both these new builds joined the rest of the Explorer fleet.

So, if you are interested in what cruises has been delivered in July and August,  and what PONANT’s shisp are doing which is amazing, check these PONANT facts out! 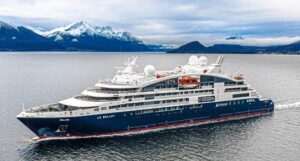 Why did Air New Zealand turn back halfway to China?

Countries Eager to Reopen to Travel as Pandemic Recedes