Qantas flight halts on tarmac ‘with flames from engine’Great Plains Foundation’s Q2 Impact ReportHow do we prepare aviation for the next generation of travel?Carnival Brings Guest Total to Three Million Since July 21 RestartWorld Gourmet Festival Returns to Bangkok Star-Studded 2022 EditionThailand’s Famous Hospitality Lends a Helping Hand for Koalas in AustraliaSustainable Indonesia – The Growing Popularity of Green TravelMalawi sees a spike in popularity among international volunteers seeking wildlife conservation experiencesHow to make solo travel a memorable experience?Coffee Tourism Springs Back to Life in Southern Laos
Youth With You Ends with XIN Liu Debuting as #1, LISA Posts Her Gratefulness for All's Accompaniment - Global Travel Media

Youth With You Ends with XIN Liu Debuting as #1, LISA Posts Her Gratefulness for All’s Accompaniment

Youth With You celebrated its Finale Performance. Under the witness of audiences worldwide, the 9-girl group “THE9” formally debuted.

XIN Liu debuted as the top winner with over 17 million votes and became the center of THE9. XIN Liu earned her super high popularity with her all-round capabilities. Many Netizens praised: “XIN Liu deserved to win!” 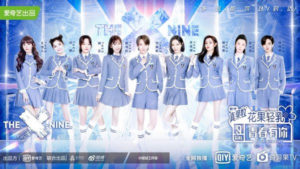 Esther Yu, Kiki Xu, Yan Yu, Shaking, Babymonster An, Xiaotang Zhao, and Snow Kong placed 2nd to 8th. A big surprise to everyone was 9th place: K Lu. Although this is the first time she entered Top 9, K LU has won LISA’s praise from the beginning and kept effusing her charisma on stage, finally becoming dark horse during the final round, successfully catching the last train to debut.

During the Finale Show, the TOP 20 contestants performed “HUNT”, “A Little Bit” and “Promise. Special Guest Chris Lee sang “All the Girls” accompanied by the trainees. She presented these encouraging lyrics to every girl in the world, telling them to “believe that you’re a wonderful existence”.

In Youth With You, the trainees did not exhibit uniform feminine characteristics of sweetness and obedience. Instead, they represented diverse affinities. These contestants, with vastly different appearances and personalities, kept on creating topics of discussion within China and also throughout the world. On Debut Night alone, show related hashtags trended on Twitter almost a hundred times.

The tomboyish XIN Liu is also the most popular by far internationally. From now on, girl groups will no longer be trapped within controversies of “shorts freedom” and “short hair freedom”. This time, they will truly own endless possibilities. The concept of “undefined girl’s group” is getting deeply ingrained in everyone’s hearts.

On Finale night, Dance Mentor LISA posted on Instagram using Chinese to express her gratitude: “Thank you for getting through Youth With You by my side. These 5 months, you’ve all worked too hard!” The show was so great that LISA had trouble letting go.

Youth With You has ended perfectly, but it’s a brand new beginning for every single trainee. May the road ahead be bright for all the contestants, their futures are promising.