The members of the Asia’s 50 Best Bars Academy have placed their votes. In a virtual ceremony that took place on May 14, 2020, three Four Seasons bars have been named to Asia’s 50 Best Bars List for 2020, a veritable bucket list for cocktail aficionados, continuing a remarkable run of success for Four Seasons properties in Asia Pacific since the awards were launched.

Since it opened in 2018, Bar Trigona at Four Seasons Hotel Kuala Lumpur has focused on using homegrown ingredients in its cocktails. For the second year in row, the bar has been awarded the Ketel One Sustainable Bar Award recognising Bar Trigona’s commitment to sustainability, sourcing ingredients directly from small farmers and artisanal producers, and use of Malaysia’s natural abundance in every sip. In addition, the mixology team also uses a root-to-shoot approach to ensure minimum wastage. As Head Bartender Ashish Sharma notes, “Nearly every part of the plant has a use, even the husks and shells.” 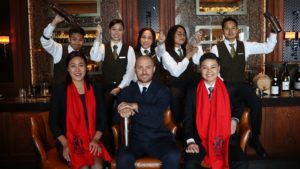 Among all of the local ingredients used at the bar, the star is undoubtedly trigona honey – the inspiration behind the bar’s name. Guests can join Bar Trigona’s efforts to preserve local bee habitats by “adopting” a hive at Dino Kelulut Organic Farm in Negeri Sembilan. Each adopter receives six jars of wild honey, harvested from their very own beehive, along with a bottle of bee propolis, prized for its healing properties.

On the horizon is a new menu of cocktails, each with a fascinating story inspired from a fruit: from tales of jackfruit and watermelon to mythologies of mango and Mandarin orange.

Inspired by legendary American traveller, cocktail writer and bon vivant Charles H. Baker, author of essential cocktail book, The Gentleman’s Companion. Charles H. at Four Seasons Hotel Seoul is a tribute to his philosophy that behind every good drink is an unforgettable story. Hidden away in the depths of the Hotel, this sophisticated speakeasy is helmed by the effervescent Keith Motsi.

Keith recently launched the Miami City menu featuring five cocktails that are a blend of Charles H. Baker’s discoveries in Miami, all with a 2020 Charles H. influence.

“It is our mission to provide unique cocktails that guests may not have experienced before,” says Keith. “Charles H. Baker travelled the world searching for and tasting cocktails and at Charles H., we bring you along on that journey.”

Cocktails at Caprice Bar take guests on a journey through France, exploring classic flavours and history, showcasing the best produces in the provinces, connecting the people and places behind the culinary and beverage creation, which is a true demonstration of Caprice Bar’s authenticity.

In 2019, Lorenzo Antinori, Beverage Ambassador of Four Seasons and Resorts, recreated the concept of the bar and crafted exceptional guest experiences through theatrical serves and rituals. Paying tribute to French heritage, Lorenzo reflects the fascinating regional variations in the cocktail list that he has streamlined to a selection of four cocktails and two non-alcoholic beverages. He introduced shavings of fresh black truffles on the classic Negroni, elevating the iconic aperitif with black diamonds on its 100th anniversary, aligning the bar concept with seasonal dishes by Chef Guillaume Galliot of three Michelin-starred Caprice Restaurant at Four Seasons Hotel Hong Kong.

“We are very proud to be recognised in the Asia’s 50 Best Bars list. It is a true testament of the team’s hard work and commitment to excellence. We look forward to celebrating with our guests and supporters, especially with the launch of our new Caprice Negroni yesterday!” says Lorenzo.

Townsville tourism operator named one of the best experiences in the world! 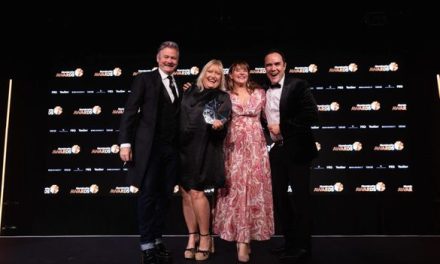