The Eurail Pass, the train pass giving travellers access to rail and selected ferry networks throughout the continent, has enhanced its offering for 2020 with more countries included, more national and international routes, and higher discounts for young travellers. The following changes officially came into effect at the start of 2020 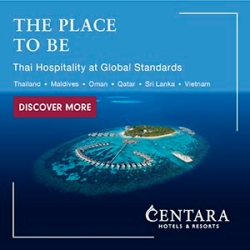 Estonia and Latvia now included in the Eurail Pass: The Eurail Pass has increased its number of countries to a grand total of 33. With the addition of Estonia and Latvia to its portfolio, rail travel throughout all the Baltic countries has never been easier. Latvian operator Pasažieru vilciens offers extensive domestic connections throughout the country from its main hub, Riga. Estonian railways operator Elron offers several domestic connections from the capital city Tallinn to many popular destinations such as Tartu, Narva, Viljandiand and Rakvere. In both countries, seat reservations are not required for Eurail Pass holders. They can hop on and off on any trains operated by Pasažieru vilciens or Elron with a valid Global Pass, the only travel pass that lets you ride on trains in up to 33 different countries. Alternatively, they can opt for the newly introduced Latvia One Country Pass and Estonia One Country Pass, which allow extensive travel within either of their Baltic borders.

Alongside having unlimited access to Latvian and Estonian trains, Eurail Pass holders that fancy travelling by ferry from Riga to Stockholm or Germany or from Tallinn to Stockholm or Helsinki are entitled to up to 50% discount on international ferry connections.

France and Italy are closer than ever with Thello day and night trains: The comfortable Thello day and night trains linking France and Italy are now Included in the Eurail Pass. The Thello day train is the perfect option to travel from Milan and the Italian coastal city of Genoa to the French Riviera cities of Nice and Marseille. The night train runs daily from Paris to northern Italy, its final destination being the world-famous city of Venice. Along the way, this night train stops in many other remarkable cities, such as Milan, Verona and Padua. Seat reservations are not required for day trains for Eurail Pass holders, who can ride any day trains operated by Thello with a valid Global Pass. For night trains, seat reservation fees apply, depending upon the type of seat or sleeping accommodation.

Free Rail Planner App makes travel planning easier and more fun: Travellers eager to explore exciting destinations all over Europe now have plenty of new features available on Eurail’s latest Rail Planner App. With updated timetables, new features, and a polished look, travellers get more than a tool for planning their train journeys and booking seat reservations. They can now also see a map view of their trip and statistics of the countries and kilometres travelled, which they can share with friends and family through their favourite social media, such as WhatsApp, Facebook and Instagram.

Travelling with a Eurail Pass always means having access to a suite of additional cost-saving benefits throughout Europe’s most popular travel destinations, such as ferry lines and city cards. A complete list of Pass benefits for each country is available via the free Eurail Rail Planner App. These captivating savings are on top of the regular, year-round extras that come with purchasing a Pass, like children 11 years of age and under travelling for free and youth under 28 and senior 60+ discounts. And from the start of 2020, the discount for the popular youth passes has been increased to 25% off the standard adult fare. Eurail Passes can be booked up to 11 months in advance and are available for purchase via the official online sales channel www.eurail.com and via a trusted network of local agents worldwide. For further information on the Eurail Pass range and itinerary inspiration visit www.eurail.com.

Trip Planning for 2021? Where to Find Nara’s Best Cherry Blossoms

Save up to 20% Off Train Travel in Germany with Rail Plus this Winter!