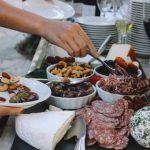 Gather in Sonoma County for a slower-paced getaway, while enjoying a world-class welcome and unforgettable experiences. New tasting rooms, taprooms, and eateries are open – by both new and well-established companies.

Take several days to explore this world-renowned destination without the crowds. Wineries offer behind-the-scenes tours, and you may discover your tasting room attendant is the winemaker. The Pacific coastline is also in season: Fishing fleets are active with Dungeness crab season. The whales are migrating and there are several overlooks to see them.

Here’s a quick look at just a few of things that are new in Sonoma County in December 2019.

As president, Jones is responsible for overseeing all aspects of Emeritus Vineyards, with the goal of building on the winery’s two-decade track record as one of California’s foremost producers of Pinot Noir.

Jones guides a team that includes renowned winemaker David Lattin (formerly of Merus and Kuleto Estate), and acclaimed vineyard manager Kirk Lokka. Her father, legendary vintner and Emeritus founder Brice Cutrer Jones, will transition from president to chairman, and will remain actively involved with the winery.

Founded in 1999, Emeritus Vineyards is exclusively dedicated to making estate-grown Pinot Noir from its two vineyards: Hallberg Ranch in the Russian River Valley and Pinot Hill in the Sebastopol Hills. Totaling 150 acres of dry-farmed vines, these vineyards have emerged as two of California’s most revered winegrowing sites, and the source for some of California’s most complex and elegant Pinot Noirs. 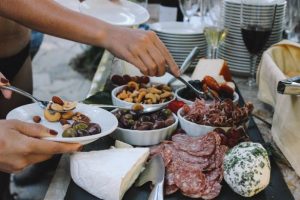 Great-grandfather Michele Saini came to the United States from Italy in 1908, and in 1917 he bought a ranch in the Dry Creek Valley with his brother-in-law. They raised pears, apples, prunes, and wine grapes, and bought another ranch in Alexander Valley in 1934.

The farming tradition continued into the second and third generations, as the family built a solid reputation as grape growers with a passion for quality and impeccable farming skills, selling to some of the best wineries in Sonoma County. In 2008, fourth-generation family member Mike Saini launched Saini Vineyards, making wine under his own label from grapes grown on his family’s land.

Saini Vineyards crafts Zinfandel, Sauvignon Blanc, and Rosé. The new tasting room is open 11 a.m.-4 p.m. Thursday to Sunday, and by appointment; reservations are appreciated for groups of eight or more. Tours are available by appointment only.

A parliament is a group of owls, and Parliament Brewing, founded in 2016, represents three important things: community, contemplation, and celebration.

Ovello Salumeria brings exquisite artisan salumi — and more — to Sonoma
A shiny red Van Berkel International slicer from Milano was the last detail needed to get everything up and running at the new Ovello Salumeria in Sonoma, in eastern Sonoma County.

Owners Andrea and Doreen Marino wanted everything just so for this new venture, which includes a climate-controlled salumi fermenting room and a salumi aging room. Salami in the styles of several Italian regions hang on racks, along with Spanish and Italian hams.

A native of Piemont in Italy, chef Andrea worked in more than 20 restaurants in Europe before opening his own restaurant in Barbaresco, Italy, where he earned a Michelin Star for 10 of the 15 years that his place was open. After meeting Doreen in Italy, Andrea moved to the United States, got married, started a family, and began planning Salumeria Ovello.

It’s a thoroughly family-run operation, created by Edward and Josephine Pizzutti, their two children AnnMarie and Tony, and Tony’s wife Rosa. Edward and Josephine both grew up in Tuscany, settling together in the United States in 1958. The Trattoria Roma menu also draws on popular dishes from other restaurants the Pizzuttis have owned over the years, including Viking’s Giant Submarines in San Francisco, Baci Café in San Rafael and Mill Valley, Caffe Giostra in Petaluma, Chianti in Novato, Don Antonio Trattoria in Tiburon, and Chianti Cucina in Sarasota, Florida.

Baker & Cook cooking up breakfast, lunch in Sonoma Valley
Jen (the baker) and Nick (the cook) Demarest use local, sustainable ingredients to create delicious pastries, breads, and more at Baker & Cook, their new casual neighborhood bakery and café in the Sonoma Valley, in eastern Sonoma County.

The Demarests have been delighting diners in the Sonoma Valley for more than 13 years at their former Harvest Moon Café on the Sonoma Plaza. They are both graduates of the Culinary Institute of America in Hyde Park, New York (where they met). Their past culinary adventures include a biodynamic farm in upstate New York, a private lodge in the Texas hill country, the island of Cyprus (Nick was personal chef to the American ambassador) and San Francisco Bay Area jobs at Chez Panisse (Nick) and BayWolf and Downtown Restaurant (Jen).

Village Bakery reopens at two new sites
Fans of Village Bakery can once again savor the smell of their fresh baked breads, pastries, and more at not just one but two new retail stores, both in Santa Rosa, in central Sonoma County.

Owners David and Melissa Codding are bouncing back after having to close their large production bakery and café in Sebastopol because of flooding last February. Without working ovens, they had to close their retail doors and put more than 200 wholesale accounts on hold.

The new location in the Montgomery Village Shopping Center (2404 Magowan St., Santa Rosa, 707-978-5892) is a retail bakery, a café, and a gluten-free baking facility; while the site on Sebastopol Road (2851 Sebastopol Road #109, Santa Rosa, 707-829-8101) features their breads, pastries, and coffee, with a traditional bread-baking kitchen. The Montgomery Village café offers a more extensive menu, with pastries, skillet dishes, sandwiches, and seasonal specials from chef Zack McClintock.

The new dinners are the creation of Chef Sam Badolato, who has developed a loyal following in Wine Country with his farm-to-table dinners at wineries and other venues over the years. The Saturday night feasts at Kenwood Inn & Spa are priced at $85 per person, and include a multi-course meal, featuring a different menu each week and wine pairing with each course. Dinners will be offered every Saturday through March 14, 2020.

Experience Sonoma County, where Life Opens Up. Just as wine “opens up” when it’s allowed to breathe, Sonoma County inspires visitors to open up to new experiences. Just 30 miles north of San Francisco, Sonoma County is one of California’s top food and wine destinations, home to more than 425 wineries ranging from rustic to regal. Hike among towering redwoods, cruise along rugged Pacific coastline, and get to know inviting small towns. Or, just sit back and take it all in. Because here, you’re free to go your own way.

Sonoma County was named Wine Enthusiast magazine’s Wine Region of the Year. Discover why by visiting it yourself. Start planning today at www.sonomacounty.com or call 707-522-5800.