The power of nature is unleashed with two timely, powerful exhibitions at the Boca Raton Museum of Art for the new season. Both of these original shows ─ Maren Hassinger: Tree of Knowledge and Clifford Ross: Waves ─ will kick off the museum’s 70th anniversary season (on view November 5th – March 1st).

The museum is presenting both exhibitions together because the two shows sound a clarion call for environmental awareness. These shows also remind viewers that the beauty of nature can still inspire us, despite the over-saturation of society by hand-held devices and screens.

The two exhibitions are presented side-by-side in adjoining galleries. 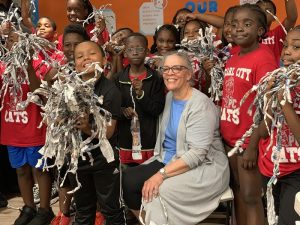 The artist Maren Hassinger with children from Pearl City, the historic African American neighborhood where the majestic 100-year-old banyan tree, the “Tree of Knowledge,” still stands today. The children joined hundreds of community members to create together thousands of aerial branches from recycled newspapers for Hassinger’s new monumental installation. 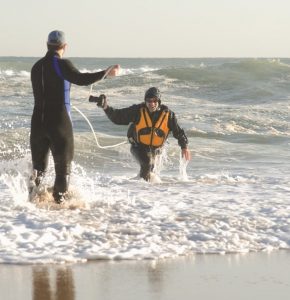 The Clifford Ross exhibition features a new approach to his monumental depictions of ocean waves that the artist captures during extreme weather. The result is the most comprehensive survey of his process ever shown in a museum.

Ross dramatically presents the monstrous power of the seas in his new exhibition at a crucial moment in time for our planet: the United Nations recently issued a major new report warning that the dangerous effects of climate change on our oceans is much worse than previously thought.

The new findings warn about warming oceans and damaged ecosystems. 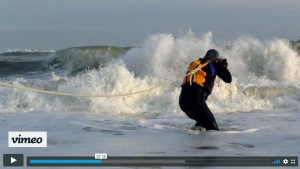 The new report warns that many cities around the world will experience annual flooding events by 2050 that previously occurred only once per century.

The world’s oceans have been warming since 1970 and have absorbed 90 percent of the planet’s excess heat, killing off vast stretches of coral reefs. Absorbing massive amounts of carbon has made the ocean more acidic and inhospitable to corals that millions of species depend on for survival.

“When I first began photographing these hurricane waves 30 years ago, most of us were unaware that global warming was seriously damaging our oceans,” said Clifford Ross. “Now, as I look back on my work, it takes on a whole new meaning.”

Renowned sculptor and performance artist Maren Hassinger was commissioned by the museum for a residency that explored the staying power of nearby Pearl City, Boca Raton’s historic African-American neighborhood.

This is the largest installation that Hassinger has ever created in her long and celebrated career. Her new site-specific installation is based on Pearl City’s landmark, the “Tree of Knowledge.” This majestic, 100-year-old banyan tree still stands today and is protected by the Historic Preservation laws. The tree has served the people of Pearl City since the dawn of the 20th century, as a gathering place for sharing stories and communal spirit. 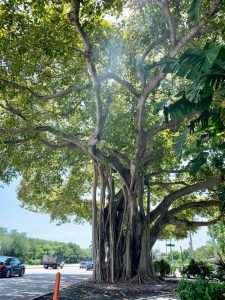 Hassinger vigorously engaged the public to recreate the tree’s aerial roots by gathering many groups over several months.

People from the community and visitors to the museum spent hundreds of hours twisting by hand thousands of recycled newspapers. 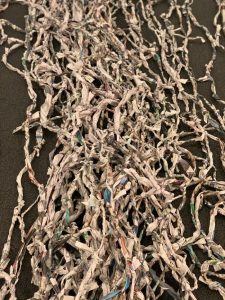 These banyan “branches” will be suspended from the ceiling of the main gallery, representing the community-based “Creation-Stations.” The participants’ names will be incorporated into the monumental new work.

In new reports, the United Nations warns that fires such as those causing de-forestation in the Amazon elevate concerns for the planet’s natural life support systems. This global call to action urges countries, companies and consumers to build a new relationship with nature.

The destruction of the world’s largest rainforest calls attention to the need to prevent ecosystems from declining to a point of no return, with dire consequences for humanity.

This year, the leading scientists of the world warned that civilization was in jeopardy due to forest clearance, over-usage of land, climate change, and pollution, putting a million species at risk of extinction.

Hassinger’s new installation is about nature as knowledge and about education. The twisted ropes of newspaper are made of words and stories.

“I hope the community and all of the visitors to the museum take a moment to think about the materials used in the project, which are not traditional art materials, and realize that this giant project was made not by artists, but by the public, working together,” adds Maren Hassinger.

“Both adults and children from the community welcomed my project with enthusiasm and proceeded to twist and twist to create the aerial branches. Their enthusiasm and spirit of camaraderie is uplifting and contagious,” says Hassinger.

Paper is a natural material, made from trees, and throughout the installation there will be fans that evoke the wind blowing gently through nature, as opposed to the hurricane winds of Ross’s work. 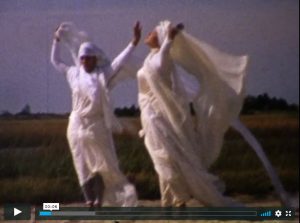 “Following the theme of nature for our new season at the Museum, how appropriate that Maren Hassinger would choose this legendary tree, known as the Tree of Knowledge, as the subject for her site-specific installation,” said Irvin Lippman, the executive director of the Boca Raton Museum of Art.

“From its inception to its installation, this has involved audiences of all ages from every corner of our community to participate in the making of the aerial roots from streams of recycled newspapers. Much in the manner of the Banyan tree, we are all connected to one another,” adds Irvin Lippman.

Hassinger’s new exhibition will also feature the installation Love – an experiential portal for visitors to walk through. As the entranceway into the museum’s main galleries, it will surround visitors with hundreds of recycled pink plastic bags that will completely cover all of the surfaces around them. The shopping bags are filled with the air of human breath, and contain human love notes inside. 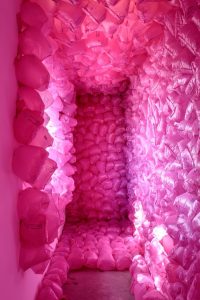 The effect of being engulfed in a room full of his work is profound, causing some viewers to claim they can actually hear the sound of the ocean waves although there is no sound component.

Ross is celebrated worldwide for his Hurricane Waves series, monumental images that were photographed by the artist during storms and while hurricanes were off-shore, while he was attached by a tether to his assistant who remained on land as Ross braved the ocean surf. 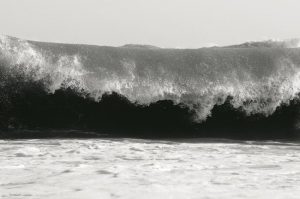 The size of these images is humbling. The angle of vision, from as low as possible, is calculated to inspire awe. The waves dominate us, framed or cropped; we feel their full force.

This major survey includes his monumental hurricane wave images. The exhibition also features a site-specific installation of extremely large-scale prints on wood, as well as the artist’s Digital Waves – A computer generated video displayed on an LED wall that has been acquired by the museum for its collection.

Other sections include: the Horizons series (photographs that explore movement with the added power of obstruction); his Hurricane Scrolls; and the Grains series of bold abstract works exploring the purity of color. 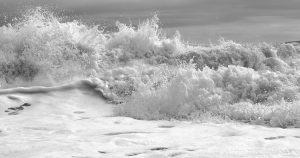 “The pure abstraction of the Grains series is an antidote to the hurricane, a space to calm down. A quiet end to this stormy story where we can recompose our thoughts,” said Clifford Ross.

While it explores the limits of photography and abstraction, this exhibition is also a dramatic declaration about climate change.

“This exhibition is a thorough survey of my working methods,” said Ross. “an effort to show all the ways I have approached the subject of ocean waves. But there’s also a deeper theme of addressing climate change – unavoidable in this day and age.”

“Somehow the apocalyptic quality of the show does not erase the basic lyricism and beauty that I see in nature. When I started out, wanting to celebrate nature by creating bodies of work that were an homage to the sublime, I didn’t understand that the images were also capturing evidence – evidence of our negative impact on nature.”

“The ferocity, the forms of these waves were partially due to global warming. This project has come full circle, as much a meditation on the medium of photography as it is a photographic reflection of our world,” said Clifford Ross.

National Plan for Vacation Day Arrives Not a Moment Too Soon