JOHN ROZENTALS recalls a chilling visit to Tasmania’s wild West Coast and suggests you head there before Queenstown becomes more like Strahan. 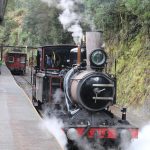 The Tasmanian West Coast towns of Strahan and Queenstown are only a tad over 40 kilometres apart by road — much less as the crow flies because the Lyell Highway is pretty bendy in that part of the world — but they might as well be on different planets.

For its many visitors, Strahan is just another busy, clean-cut tourist town — lovely but principally there in its role as the gateway to cruising the magnificent Gordon River.

So much a gateway that a bit over 20 years ago it was said that the average length of time tourists spent in Strahan was 1.1 nights — and that much only because the town was too far from Hobart to do the cruise and get out on the same day. 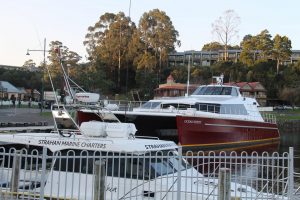 Strahan’s tourism operators have become much smarter since then at keeping visitors there for much longer.

Much of the development has occurred at the 1936-built Hamers Hotel (31 The Esplanade, Strahan; phone 03 6471 4335; visit www.strahanvillage.com.au) and the nearby Strahan waterfront, with its boats, shops, theatre, artisans’ studios and other craft outlets.

While you’re there, please take in the Round Earth Theatre Company’s production of The Ship That Never Was (phone 03 6471 7700; visit http://www.roundearth.com.au).

Strahan: so different to Queenstown.

It takes place in an all-weather theatre and, believe me, the emphasis is on fun.

I’ve always regarded the place as cold and tough, as a hard-working mining town, ever since my first visit, which must have occurred more than 30 years ago.

It was bitterly cold, and snowing or sleeting to the point that we were the last car heading east to Hobart allowed out of the place the following morning. 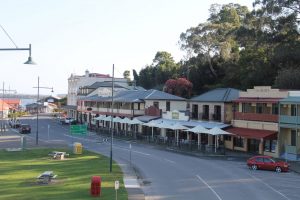 Yet there we were, in the main street of Queenstown, huddled in the warmth of our car. And there she was, outside the pub, having a drag on her cigarette and apparently enjoying a beer, wearing a sleeveless shirt — arms laid bare, AFL-style.

Ink-wise she was well ahead of her time, in an age when having tattoos was a statement of intent rather than simply a sign of belonging.

“At least she has her tatts to keep her warm,” I said to no one in particular, but was met by general agreement: “And she isn’t even shivering!” 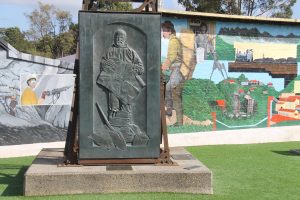 Rosebery: much more welcoming to strangers than it once was.

I could well imagine the glee of the local footie team when told that they were to joined by a young North Melbourne hotshot on secondment from the Hobart-based newspaper.

And I could sympathise with him for automatically throwing a hammy when he first sighted the team’s home ground. Strewn with icy boulders, and most unwelcoming, it was.

The hills around Queenstown are bald from supplying timber for, and from burning, fires to quench the appetites of miners for smelting ore. 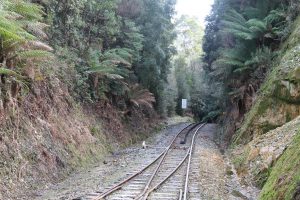 Rumours of tree-pull schemes to keep those hills vegetation-free and the so-called moonscape for tourists are rife, but they are just rumours … or are they?

Yes, it’s that sort of town, but it is linked to Strahan by much more than the Lyell Highway and being on Tasmania’s wild, wild West Coast.

That link comes in the form of the West Coast Wilderness Railway (phone 03 6471 0100 or visit http://www.wcwr.com.au), which covers terrain so steep that it employed — and still employs, in its reconstructed state — the Swiss-developed Abt system of a cogged centre rail to scale the otherwise-impossible grades, and which served until 1932 as the only way to get the copper and other minerals mined at Queenstown’s Mt Lyell to the world, via Strahan’s harbour. 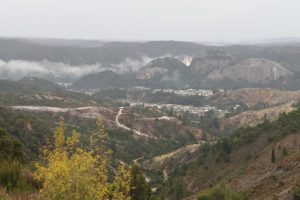 I simply can’t imagine the toughness of the men who built the railway — through seemingly impenetrable rainforest and across daunting, slippery ravines — between Strahan and Queenstown in the 1890s, covered in leeches and daily facing truly life-threatening challenges.

And the tenacity and devotion of the women who brought up kids and kept home fires burning in the most demanding, inhospitable of situations.

The Tasmanian West Coast does belong on any serious tourist’s bucket list, so head there sooner or later.

While you’re there, make sure to visit frontier towns such as Tullah and Rosebery. 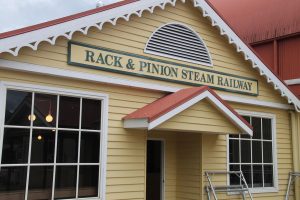 These must have been daunting prospects for visitors in the 1800s and even much of the 1900s — wild, woolly outposts occupied largely by hard-working, often hard-drinking men and women who didn’t immediately take to out-of-towners.

Things have changed quite remarkably over the past few years though. There’s still an enormous sense of community pride in location and history — perhaps even more than ever — but many locals realise that the prosperity of their future lies in tourism.

They have a lot to offer and they’re offering it with a broad smile and a firm handshake indeed.