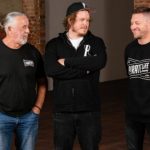 The founders of South Australian brewing sensation Pirate Life are set to open a venue in their former home town.

The South Australian brewery has teamed up with hospitality entrepreneur Andy Freeman to build a branch of Pirate Life in Perth.

The team plan to open a three-level, 1000 person venue in the Perth CBD next year, according to Business News Western Australia.

The three brewers chose to start the business in South Australia to take advantage of the state’s central location for distribution.

Ironically, the strength of the Western Australian craft beer industry was also a reason to establish its base further afield.

“Adelaide’s a central point for production and distribution, beer will leave this brewery today and it can be in Melbourne overnight, it’ll be in Sydney the next day and Brisbane and WA in two days,” he said. 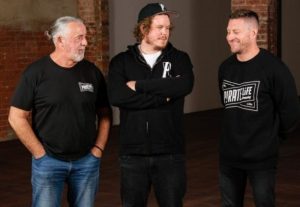 “We ship all of our beer refrigerated so if we can keep it cold and fresh then when people buy it at the bottle shop or the pub they are drinking it in its best possible condition.”

The success of the business led to a major investment by AB Inbev in November 2017 and an expansion into a huge warehouse venue in Port Adelaide last year.

Cameron said he was happy that the brand would now have a bigger presence in Perth.

“Myself and (Michael Cameron), who is my old man, we spent most of our time around Freo, (Proudfoot) is from Margaret River,” he said.

“I was working at Little Creatures for four and a half years, brewing beer for them, and (Proudfoot) was employed as head brewer when they started Cheeky Monkey brewery down in Margaret River.

“It’s really exciting… it’s such a good beer market over there.”

The new venue will be owned by Andy Freeman, who operates three other hospitality ventures in Perth and met the Pirate Life team through CUB.

Pirate Life will bring the brewery and brand.

“Andy Freeman has been a pretty solid operator in Perth for the past 20 odd years,” Cameron said.

The team are working with Dubai-based architects Stickman Tribe to renovate the old Sony building at 440 Murray Street in the CBD of Perth.

Cameron told Business News that the design was still in early stages, with construction not starting until next year.

“There some pretty crazy (design) concepts being thrown around now,” he said.

Cameron said the venue would feature steel and concrete and have a rooftop beer garden, private dining rooms, three bars and an open plan kitchen.

The rebuild is estimated to cost about $2 million.

Australia’s most awarded whisky to return home to Sullivans Cove 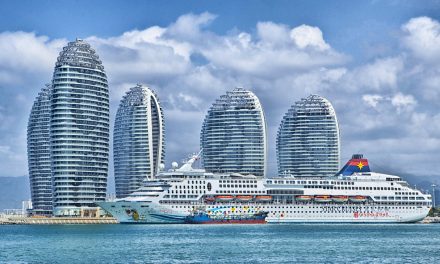