The Crusty Demons Are Taking Their Action Sports Show to A Whole New Level! Arriving in Adelaide This Weekend! 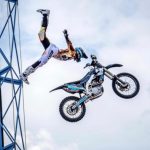 Extreme freestyle motocross legends the Crusty Demons will be coming to Adelaide this Saturday, 5 October 2019 to perform at the Adelaide Showgrounds, Wayville, SA as part of their Rise of the Demons World Tour, their first tour back in Australia for more than a decade.

The Crusty Demons are renowned for their radical, death-defying stunts, impressive world record jumps, backflips over helicopters and countless stunts combined with incredible production.  They are set to bring their explosive show to Australia for a mammoth run of an 11-date tour around the country from August 2019.

The Crusty Demons are a group of daredevil freestyle motorcyclists from the United States, Australia, New Zealand, and Europe. They originated in 1994 with the filming of Crusty Demons of Dirt by Fleshwound Films. Since then, they have been the subject of about 20 videos, and in 2007 the video game Crusty Demons was released to the public. Together the members of Crusty Demons have set 11 world records in their careers. 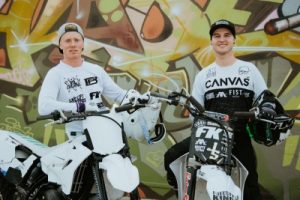 “I can’t wait to hit Adelaide because I’m going to send it bigger than ever for the Crusty Fans.”

Dirt bikes, world first new tricks, carnage, are all set for one hell of a show. This performance is not something you are going to want to miss. Front flips, double backflips, 360’s you name it.

Meet and Greet and Track Walk packages available. For all ticketing information head to www.crusty.com