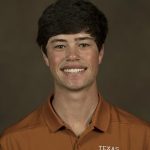 The 19-year-old from Houston spent eight weeks as the world’s number one ranked amateur golfer and, as the McCormack Medal winner, he has earned exemptions into The 149th Open at Royal St George’s and the 2020 US Open at Winged Foot, provided he remains an amateur.

He was the recipient of the 2019 Phil Mickelson Award as US college golf’s Freshman of the Year and helped the University of Texas to a runner-up finish in the 2019 NCAA Championship.

Hammer, who made his debut in the 2015 US Open at Chambers Bay at the age of 15, was also among the finalists for the Haskins Award and Ben Hogan Award this year.

Hammer will represent the United States of America in the 47th Walker Cup at Royal Liverpool next month. He was previously selected to represent the USA in the World Amateur Team Championship and the Arnold Palmer Cup. 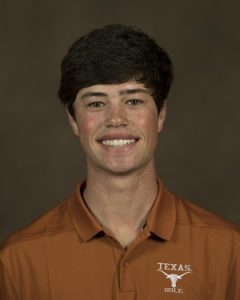 “This has been an incredible year and I am honoured to be recognised with the McCormack Medal,” said Hammer. “I am grateful to everyone who has helped me get to this level and thankful for my family and friends who continue to support me.”

Duncan Weir, Executive Director – Golf Development and Amateur Championships at The R&A, said: “We would like to congratulate Cole on this outstanding achievement as he follows in the footsteps of a number of notable golfers in winning this prestigious award.

“Cole has played to a high standard of golf and has recorded a series of outstanding results over this past year. He is a deserving recipient of the McCormack Medal.”

John Bodenhamer, USGA Senior Managing Director of Championships, said: “Cole is a great representative of the game and the next generation of golfers who are rising through the ranks. On behalf of the USGA, I wish to extend our congratulations to him and look forward to watching him represent the USA at the upcoming Walker Cup.”

The R&A and the USGA jointly award the McCormack Medal annually. It is named after Mark H McCormack, who founded sports marketing company IMG and was a great supporter of amateur golf.