The “Presidents Cupdate” offers updates and insight as anticipation builds for the event’s return to Melbourne, Australia, to be contested at The Royal Melbourne Golf Club on 9-15 December 2019. 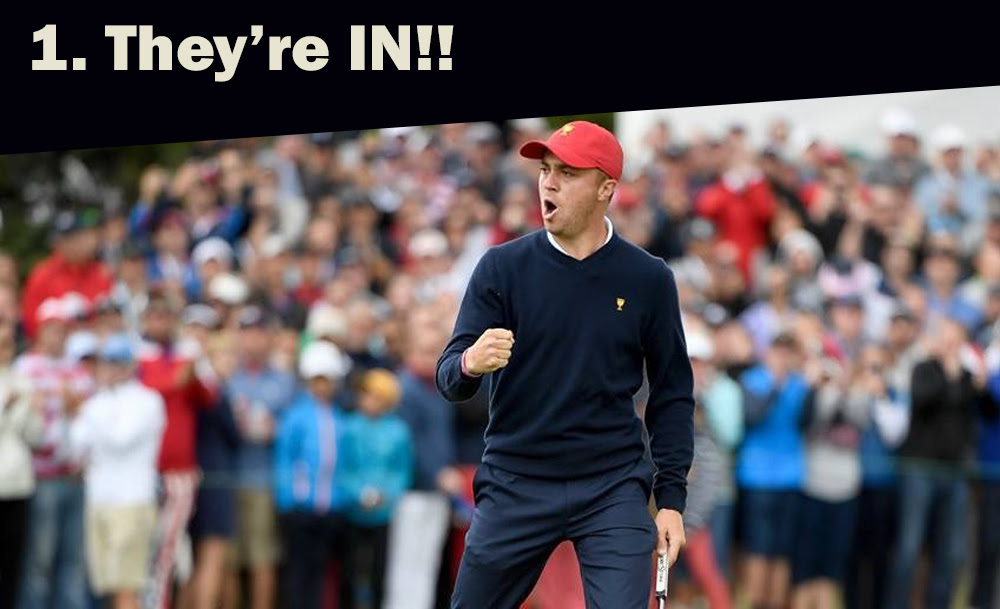 Eight players on each team can officially say they’re #Melbourne and Presidents Cup bound! And if your name is Cameron Smith or Bryson DeChambeau, you were probably sweating more than most after holding onto that No. 8 spot in the standings. #phew

But when all was said and done, Smith had plenty to celebrate that Sunday evening along with turning 26 years old. #cheers

Since our last #Cupdate, Webb Simpson was on the outside looking in before two runner-up finishes secured a return trip Royal Melbourne where he made his Presidents Cup debut for the U.S. Team in 2011.

Then there was history to be made on the International Team. Abraham Ancer finished runner-up at THE NORTHERN TRUST to leap inside the top 8 and will be Mexico’s first-ever representative in the Presidents Cup.

C.T. Pan will do likewise for Chinese Taipei, while Haotong Li will officially introduce China to the Presidents Cup.

Meet the top 8 on the International Team.

But wait! There’s more. Four Captain’s Picks will be made in early November to officially round out the teams. 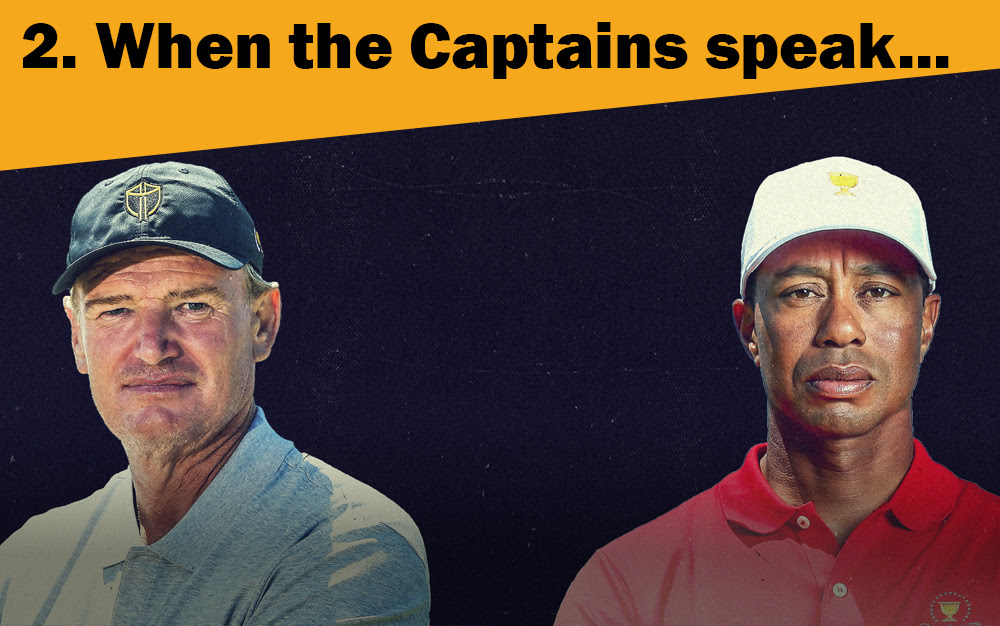 …the golf world listens, especially when it’s Tiger and Ernie.

U.S. Captain Tiger Woods and International Team Captain Ernie Els both spent time over the phone with media to give their thoughts on the eight players who will join them at Royal Melbourne in December.

And yes, we know. Tiger didn’t qualify among the top 8. What now, you ask? Well, let’s just say Captain Woods is preparing to make his toughest decision yet.

Here’s more from Tiger’s talk with the media.

For the Big Easy, his top 8 is made up of four veterans and four rookies, a perfect combination in Ernie’s eyes. As for his captain’s picks, he has a simple message for those who hope to be join him in Melbourne: Show me something. 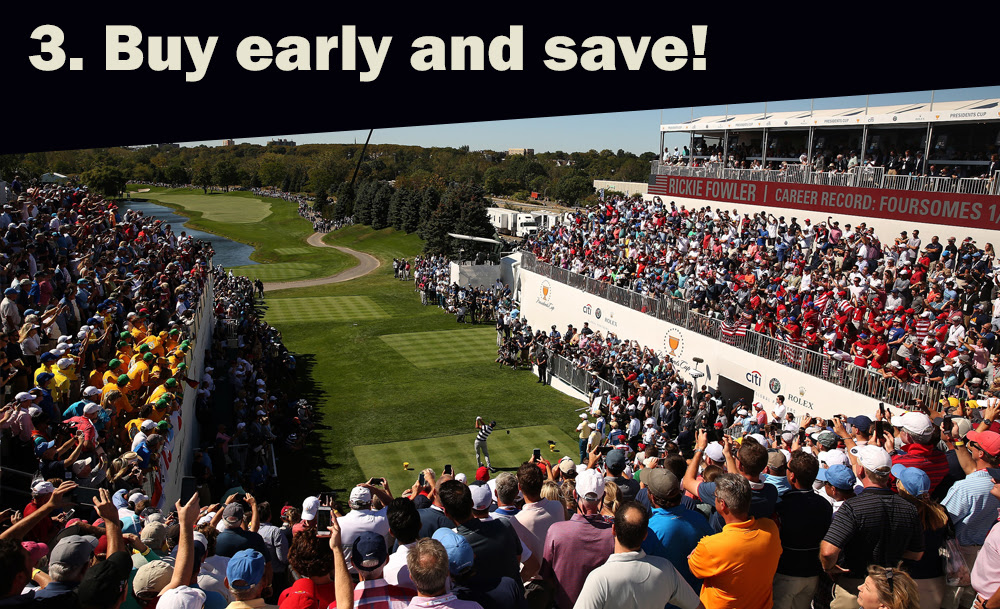 No, this is not a drill! Presidents Cup tickets prices will increase closer to the event. Grounds tickets currently start at AU$45.

In other words, what are you waiting for?? Find the ticket option that fits best for you and we’ll see you at Royal Melbourne!

If you happen to be on a tighter budget, come experience the next generation of the Presidents Cup and be the first to see Royal Melbourne at the Junior Presidents Cup! Enjoy general admission grounds access for the competition for just AU$10 that will be donated back to charity.

Sound like a good deal? We think so, too. 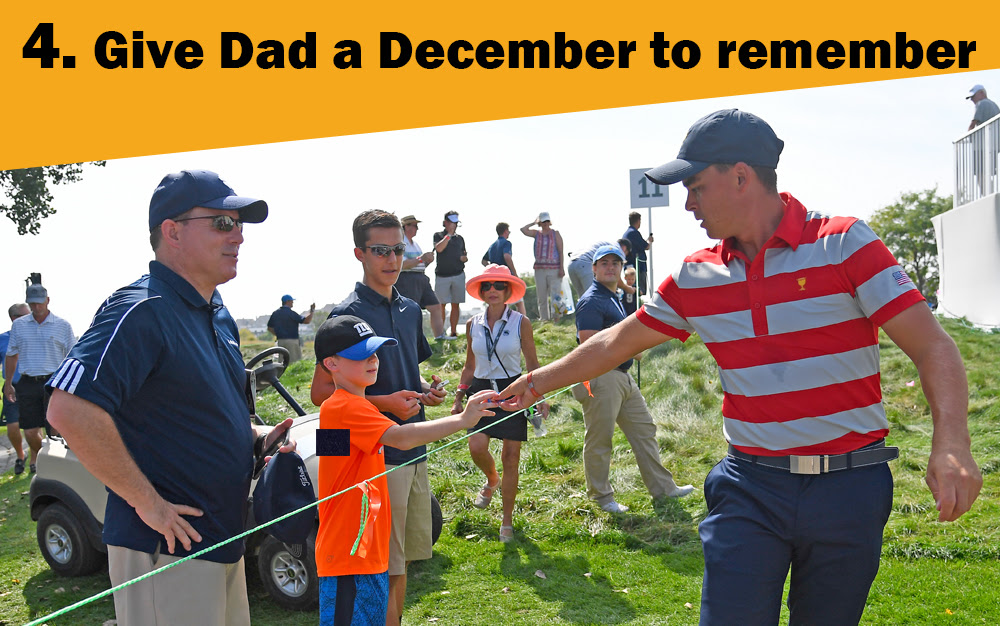 Psst…while we’re talking tickets…just a reminder that Father’s Day is this Sunday – and if you ask us, tickets to Australia’s biggest sporting event of the year will make the perfect gift!

Whose dad wouldn’t want to sit rope-side and watch the likes of Adam Scott, Brooks Koepka, Dustin Johnson and Marc Leishman from a few feet away?

Plus, we all need an excuse to start thinking about summer and warm weather in Melbourne! #hurryup

Should we keep going? Secure your spot at Royal Melbourne here!