QF Flights From Australia Direct To FCO Take OffOakwood Premier Melbourne Confirming Its Luxury StatusLongreach Now One Of Australia’s Largest Cruising PortsBeyond Times Square Presents Luxury History Tours in BostonExperts Warn Travellers to Be Vigilant of ScamsSydney is One of the Best Cities for Baby-Boomers to Live in and VisitNEW 15-Day Tour of the Galapagos, Amazon & AndesTravel & tourism deal activity registers marginal growth of 1.4% in May 2022,Qantas To Expand PER Gateway With Flights To JNB And JKTViking Marks Float Out Of Newest Ocean Ship
Why would anyone want to sit on a plane for over 18 hours? An economist takes the world’s longest flight - Global Travel Media

Why would anyone want to sit on a plane for over 18 hours? An economist takes the world’s longest flight 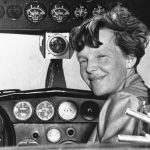 Recently Qantas announced plans to conduct test flights from New York and London to Sydney and two other Australian cities.

If commercialised, these routes would become the longest in the world at about 19 hours. Qantas said it will conduct test flights with only employees on board to ensure the flights are safe and comfortable enough for paying customers.

I heard this news after finishing a round-trip on what is currently the world’s longest flight, the 18 hours and 45 minutes Singapore Airlines schedules to get from Newark, New Jersey, to Singapore, a route that began last October. The return trip is slightly quicker. Fortunately for me, there were favourable winds so each way took about 30 minutes less than scheduled.

Talk about a long flight

Pilots and airlines have been pushing the boundaries of flight times since the earliest days of air travel. In fact, 19 hours is rather quick for the industry’s trailblazers.

The first plane to make it across the Pacific took off from Oakland, California, in 1928. It took the aircraft, dubbed the “Southern Cross,” three long flights to get to its final destination in Australia: 27 and a half hours to Hawaii, 34 and a half hours to Fiji and a final 21 and a half hours to Brisbane. In all, the pilot and his crew covered about 7,000 miles in 10 days – all without losing any luggage.

A few years later, in 1931, two daredevils in search of a USD 25,000 prize flew from Tokyo to the state of Washington in the first nonstop flight over the Pacific Ocean. To save weight and fuel, the pilots even threw out their landing gear after takeoff. When they reached the U.S., they crash landed – but survived to claim the prize. The flight took 41 hours and covered more than 5500 miles. 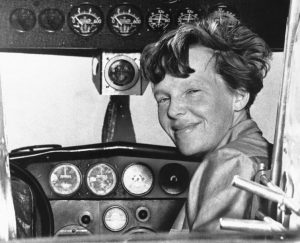 These super-long flights, of course, were taken by daredevil pilots with no passengers. And they were very dangerous. One of the most famous aviation failures involved Amelia Earhart, who disappeared in 1937 while attempting to cross part of the Pacific on a world circling flight.

The first service to ferry paying customers across the Pacific was created by Pan Am in October 1936.

The trip started from San Francisco and ended in Manila, capital of the Philippines. It took six days and about 60 hours of flying time. The plane flew during the day and made stops in Hawaii, Midway, Wake and Guam at night. The longest leg, from San Francisco to Hawaii, took 18 and a half hours.

Pam Am’s planes, called the “Clippers,” didn’t need airports. They were specially designed to take off and land in the water. The planes were also quite luxurious and even had separate areas for eating and sleeping.

But all that luxury while spanning the globe was quite expensive.

Fortunately, the cost of flying these long routes – in terms of both money and time – has come down dramatically. These days you can fly direct from San Francisco to Manila in business class for around USD 3000, including the return flight. The trip to Manila takes just 14 hours.

Today’s flights are also a lot safer. The concern for many passengers is not crashing but instead health risks like deep vein thrombosis, a type of blood clot.

Still, even if things have improved, I think most of us agree that flying is not fun. Airlines regularly rank near the bottom among industries in customer satisfaction surveys.

So why would we want to increase the amount of time spent 30,000 feet above the ground in a metal tube with wings?

For one thing, it means less total travel time. For example, my flight to Singapore would have taken three and a half hours longer with a layover in Hong Kong.

But if you’re someone who might prefer a break during a long flight halfway around the world, a more practical benefit is that removing the connection also reduces the chance your luggage is lost, since bags are handled fewer times. Almost half of all bags delayed in 2017 were a result of baggage handlers missing connections. 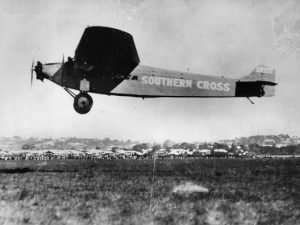 Flying a full plane load of passengers directly also saves airlines money – which often translates into lower prices for consumers too. An extra layover at a major airport can be expensive, with fees for landing, takeoff, parking, noise abatement and security. Airports also charge extra for optional services like cleaning, towing and providing electricity to a plane while it is parked at the gate.

One thing that was interesting about the Qantas announcement is all the research it plans to do during its test flights – scheduled for October through December – on the passengers themselves.

Scientists and medical experts will monitor sleep patterns, food and beverage consumption, lighting, physical movement and in-flight entertainment to assess their impact on health and well-being – and prevent any blood clots in the legs.

Using this data, Qantas hopes to make ultra-long flying a more pleasant experience. After all, the main reason to take a single 19-hour flight is to arrive faster and feeling better than taking multiple flights to the same destination.

Whether you love or hate flying, expect longer flights in the future as more efficient planes allow airlines to go ever farther. Given we seem to be wired for binge watching, I don’t think this trend is so bad.

I could have actually used a longer flight. My effort to binge the second season of “Star Trek: Discovery” was abruptly interrupted as we descended back into Newark, with just 10 minutes left in the final episode.

Disclosure statement: Jay L. Zagorsky does not work for, consult, own shares in or receive funding from any company or organisation that would benefit from this article, and has disclosed no relevant affiliations beyond their academic appointment.

Big day for cruising but is the resumption of cruising any closer?

Rudd exits AFTA…is it time for come back Westbury, all is forgiven?