Why is Hong Kong in such turmoil while Macau, a similar Special Administrative Region (SAR) of China, not far away, has no problem with Chinese rule and is doing just fine?

Travel writers in Sydney gained some clue at a function in Sydney yesterday.

Hong Kong, a former British colony, and Macau, a former Portuguese colony, were handed back to China in 1997 and 1999 respectively, each promised a high level of autonomy for 50 years under the “one country, two systems” constitutional principle.

Great numbers of Hongkongers have grown disgruntled with that arrangement, but in Macau there seems to be no problem.

Macau is in the middle of its year-long 20th anniversary celebrations as a Special Administrative Region (SAR) of China. While tourist arrivals in Hong Kong are down, Macau is notching up record numbers in international visitation from around the globe.

Australia’s Department of Foreign Affairs and Trade (DFAT) advises visitors to Hong Kong to “exercise a high degree of caution” For Macau, the advisory is just “exercise normal safety precautions” – the lightest of all DFATs advisory levels.

He was referring to the enclave’s well-established reputation as a gambling haven, the only place in China where gambling is allowed. While that is true, Smith said, Macau is also highly cosmopolitan, as reflected in its cuisine, heavily Portuguese influenced.

Sephanie Tanpure, vice president of sales at the Sands Resort Macao, pointed out the the two official languages of Macau are Chinese and Portuguese.

Believe it or not, African chicken is a signature dish in Macao – and the former Portuguese colony has no fewer than 19 Michelin-starred restaurants.  Before it became a SAR of China, Macau was both the first and last European holding in China.

The opening of the motorway-style 55km Hong Kong-Zhuhai-Macao Bridge (the largest over-the-sea road construction in the world) has played a key role in the influx of international visitation.

So, too, has Macao’s world standing as a City of Gastronomy, primarily brought about by its designation as a UNESCO Creative City for Gastronomy. The uniquely created Macanese cuisine is considered one of the world’s earliest forms of fusion food.

Political analyst Larry So Man-yum told Australia’s ABC News recently that compared with the younger generation in Macau – who he said had more of “an international perspective” – many older and middle-aged Macanese people condemned the young protesters in Hong Kong.

Michael Tien Puk-sun, a deputy to the National People’s Congress (China’s parliament, essentially) has warned that a sharp decline in the number of mainland visitors travelling to Hong Kong under the Individual Visit Scheme (IVS) could deal a shattering blow to Hong Kong’s retail sector.

Tien was quoted in the Hong Kong Economic Journal saying that some Hong Kong shopping malls that customarily cater to mainland Chinese tourists had already seen their sales volumes plunge by 60%.

Hong Kong’s Commerce Secretary Edward Yau Tang-wah said recently that the number of inbound tourists to Hong Kong had dived by 50% over the five-day period 15-20 August, as compared to the same period last year.

In contrast, Macau seems to be doing just fine. 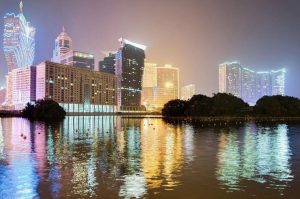 Abu Dhabi welcomes you – vaccinated or not

In Celebration of Strong Women

Your Airbnb guest could be a tenant. Until the law is cleared up, hosts are in limbo