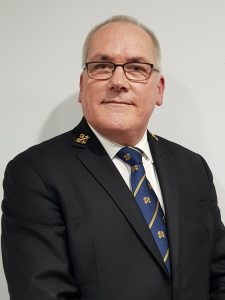 Les Clefs d’Or, or ‘The Society of the Golden Keys’, is an international professional association of the world’s best hotel concierges, founded in France in 1952.

The association has approximately 4,000 members working in over 80 countries and 530 destinations, with members easily identified by the golden crossed keys on their lapels.

Globally connected, committed to professional development and driven to setting new standards for guest service perfection, Les Clefs d’Or members are both in the highest echelons of their profession, they are also reliable local ambassadors for the destinations they work within.

A veteran hospitality professional of over 13 years, Spicer has worked at the Pan Pacific Perth since 2011, commencing as a porter before working his way to Assistant Chief Concierge.Spicer was accepted into the Les Clefs d’Or Australia in 2017, and was awarded Best Concierge in the 2016 Perth Airport AHA WA Awards.

Assistant Chief Concierge Stuart Spicer said that whilst being a hotel concierge was challenging, it was truly the best job in the world.

“From getting a guest a table at a booked-out restaurant, or sourcing tickets to the weekend’s sporting game, I get to make a tangible difference to a visitor’s experience to the city, which is very rewarding,” said Mr Spicer.

“Pan Pacific Perth is proud to be one of only two hotels in Australia to have three Les Clefs d’Or concierges working within our property, and our guests know their stay at our hotel is the safest of hands with our team,” said Mr Weeden.

“We’re thrilled to have Stuart representing Pan Pacific Perth on the global stage.”