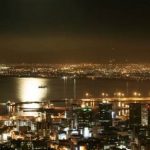 BestCities Global Alliance has launched the Global Recognition Award programme, rewarding associations who help deliver positive change and leave a lasting impact in their partner destinations with a $500 USD grant to donate a charity or initiative of their choice.

ISN used their Global Recognition Award grant to support their Continued Medical Education programme to cover travel costs for Professor Kriang Tungsanga, a nephrologist based in Thailand, to speak at the annual meeting of the Laos Society of Nephrology.

On the impact this award will have, Matthieu van der Straten, Meetings & Events Director, ISN said: “Currently, there are no more than 10 physicians in Laos with formal training in clinical nephrology, who are taking care of patients with kidney diseases in the major cities of Laos. Professor Tungsanga’s spoke about ISN activities that could be of benefit to the Laos Society of Nephrology, and about how to utilize World Kidney Day to raise public awareness around acute kidney injury and chronic kidney disease.

“This was also an opportunity for ISN to gain insight into what is going on in Laos with end-stage kidney disease and acute kidney injury treatment, to gain a better sense of what the ISN can do to help Laos.”

YPO donated their grant to Bridges for Music, an organisation who build creative schools. The money will go towards the purchase of music equipment for a music school being built in Langa near Cape Town. In addition, YPO are also donating furniture to the school. Of the 7 conferences YPO have held in BestCities destinations, two have been in Cape Town and two in Singapore.

On their reasons for choosing to return to the BestCities partner cities, Scott Mordell, CEO of Young President’s Organization, said: “We host the YPO EDGE in globally-relevant cities of interest to our members with capabilities and hospitality to host our members, partners and guests. Singapore and Cape Town have each hosted two YPO EDGE conferences because they fit the interest and innovation energy we sought for the events.” 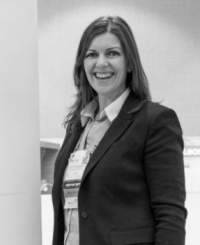 Jane Cunningham, BestCities Global Alliance, said: “With our Global Recognition Award programme, we are celebrating the associations who have taken their congress to several BestCities destinations and recognize how their outcomes improve the destinations we live in.

“We are proud to acknowledge the International Society of Nephrology and the Young Presidents’ Organization for helping deliver lasting positive impact and knowledge-sharing in the partner cities they have chosen to host conferences. Furthermore, we are delighted they have chosen to donate their grants to such fantastic initiatives.”