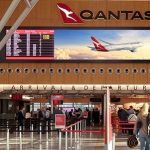 Major changes to the Qantas Frequent Flyer program, proclaimed as the biggest in 32 years (which is how long the program has been running) involve more seats, fewer fees and better value, according to the airline.

More seats will become available to redeem, there will be lower fees overall but more points will be required to upgrade to a superior cabin.

Qantas will specifically recognise its high-buyers: members who earn lots of points through non-flying related transactions. Lifetime Platinum status will be introduced.

There are other changes as well.

Representing a AUD 25 million investment, the changes will, according to Qantas, “improve how members are recognised and rewarded as well as how they earn and redeem points”.

The major initiatives, to be rolled out to members over the next 12 months, include:

“The Qantas Frequent Flyer program has always been about rewarding customers for their loyalty. These changes are about making it easier for members to access those rewards and help to keep them highly engaged, which in turn is good news for our business as a whole.

“We know the majority of our members want to use their points to take a dream trip overseas, so we are adding more reward seats including First, Business and Premium Economy, to places like London, Los Angeles, Tokyo and Singapore as well as slashing carrier charges.

“While the points required for business class seats on international and domestic flights will increase slightly, it is the first increase in 15 years and the product has improved a lot in that time.”

The AUD 25 million investment includes making more seats available for frequent flyers as well as cutting carrier charges. Increased engagement in the program is expected to offset this within the first year.

Joyce said the program overhaul would ensure the national carrier’s loyalty program remained one of the most attractive and successful in the world.

“Australians love earning Qantas Points and that momentum has seen us expand our number of retail partners and extend into new areas like financial services and insurance. The result is that people have lots of opportunities to earn points, so this overhaul is about making sure they have more opportunities to use them.”

Since its inception in 1987, the frequent flyer program has grown from 50,000 members who could only earn points on travel to almost 13 million members who can earn points with more than 300 partners. Most the points earned across the program are used on travel. Four flight redemptions are made every minute and 60 upgrades are confirmed every hour.

Qantas Loyalty chief executive Olivia Wirth said Qantas conducted extensive research into the habits and behaviours of frequent flyers to create a program that brings value to all types of members.

“There’s a lot about the Qantas Frequent Flyer program that our members tell us they love but there are also areas of the program that have increasingly come under pressure as a result of rapid expansion. What we’re announcing today is all about investing more into the heart of our program, the member experience,” Wirth said.

“While frequent travellers have always been at the centre of what we do, the growth of our program and its hundreds of partners has provided opportunities for many members to now earn most of their points on the ground.

“Our members are all unique in how they choose to earn and use their Qantas Points. The combination of the new Points Club, the introduction of our most elite tier in Lifetime Platinum, and the increase in seats across our network means the revamped program should offer something for everyone.”

A full breakdown of the program changes, including interactive tables showing the before-and-after pricing and new reward seat options on partner airlines is available at frequentflyer.qantas.com.

More reward seats to more destinations when members want them:

Frequent Flyers will have access to more than a million extra reward seats annually on Qantas and a growing list of premium partner airlines including during peak leisure travel periods to our most popular destinations such as London, Los Angeles, Tokyo and Singapore. As a result, members will enjoy an up to 30% increase in our highest demand reward seats in Qantas International premium cabins over the next 12 months.

Called ‘Points Club’, the initiative will include two tiers with entry gained based on a member passing an annual points-earned criteria. The club will unlock, for the first time, flight and travel benefits for non-flying members including lounge access and bonus status credits – as well as member-exclusive offers and discounts across Qantas Frequent Flyer and partners. The entry-level Points Club tier will be accessed through earning 150,000 points on the ground while the exclusive ‘Points Club Plus’ tier, with richer member benefits, will have a higher annual threshold. Points Club will be launched in late 2019.

Changes to fees and number of points required

Carrier charges will be slashed by up to 50% on international redemption bookings [flights to and from New Zealand and select South Pacific locations are classified as domestic zones], saving members on average AUD 200 per return journey, halving the out of pocket expenses associated with reward travel.

Qantas Frequent Flyer will be the first Australian loyalty program to offer Lifetime Platinum status. Entry to Lifetime Platinum will be reached by a member accruing 75,000 status credits, and adds to the existing Lifetime Gold and Lifetime Silver frequent flyer tiers. The new Lifetime tier will be introduced in September.

The digital member experience will be more intuitive and seamless for members. Changes to the search functionality will make finding reward seats quicker and easier – displaying 12 months of reward seats in under five seconds and letting members see the next available redemption flight for popular destinations every time they log into their account.

A fact sheet detailing the changes can be found here.

Is International Air Travel Shutting Down Yet Again?

Global Travel Media’s global sources prove to be spot on re Carnival Spirit redeployment which only a few days ago Carnival denied as “unfounded speculation”.