Darren Shaw has been appointed general manager (GM) at Outrigger Fiji Beach Resort. No stranger to Fiji, Shaw was GM of the property which was then known as Outrigger on the Lagoon, Fiji from 2006 to 2009. After leaving Fiji, he was appointed as general manager of the newly opened Outrigger Laguna Phuket Resort and Villas, Thailand in 2010. 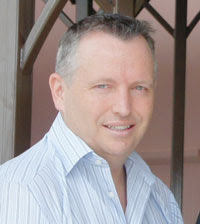 For the last 7+ years Shaw has been with Centara Hotels and Resorts in Thailand, first as general manager of Centara Karon Resort and Waterfront Suites by Centara in Phuket and later as area general manager responsible for Centara Grand Beach Resort & Villas Krabi, Centara Anda Devi Krabi, Centra Phu Pano and the new opening of Centara Anda Beach Resort & Spa. In addition, Shaw was responsible for commercial bakery, laundry and host accommodation facilities.

While working for Outrigger, Shaw was a winner and also a finalist for the coveted HM (Hotel Management) South Pacific Manager of the Year Award.

With a bachelor of business in hotel management from Victoria University in Melbourne, Australia, Shaw has been an active member of SKAL Southern Thailand.

Reporting directly to the president and CEO of Outrigger Hospitality Group, Jeff Wagoner, Shaw said that he was delighted to be returning to the South Pacific.

“Having previously spent three years living and working in Fiji, it feels great to settle back in and see so many familiar faces around the resort,” he said.

“One thing’s for sure, we certainly have great staff retention at Outrigger, so I’m excited to be back working with an exceptional team and steering the resort through its next era,” said Shaw.