Alfredo Jaar has created an immersive journey simulating heaven, hell and purgatory in The Divine Comedy, 2019. Visitors enter—ten at a time—into three pavilions interpreting each of the realms of Dante Alighieri’s 14th-century epic poem. They will encounter fire and flood in Inferno; hover between life and death with American performance artist Joan Jonas (in a film) in Purgatorio; and, finally, simply exist in the sensory void of Paradiso.

Ai Weiwei’s White House, 2015, is formed from the bones of a Qing Dynasty home, constructed from interlocking pieces of wood, all balanced on solid crystal glass. Weiwei has something to say about the present constructing the past but, here at least, his work is a triumphant blend of anachronistic aesthetics.

Mona Confessional, 2016-9, by Oliver Beer is inspired by historical listening tubes and the conventions of religious confession. Visitors enter an underground chamber through a soundless spiral and can eavesdrop on, or even have a full—but disembodied—conversation with the people walking and talking outside above them.

Christopher Townend’s sound installation, Requiem for Vermin, 2019, is the largest multi-channel sonic work in the world. Comprising 230 speakers and 218 channels, the scored musical composition is activated by hidden movement sensors in a new tunnel, leading visitors to experience aural illusions as the sound interacts with the space around them, while leading them to Pharos. It’s so complex that we are having trouble making it work—art remains a mystery.

Siloam—the name comes a very early tunnel—provides an alternate connection between Mona and Pharos, and an alternative to academic art. The architectural inspiration is drawn from the Indian naked eye observatory Jantar Mantar, but the overall experience reconfigures religious processionals (think the Stations of the Cross or circumambulating the Kaaba) as secular spirituals.

David Walsh said: ‘The original Siloam was one of the first tunnels to be constructed from both ends. We dug our version of Siloam to connect two existing areas of the museum, filled it with art and made it greater than the sum of its parts. I liked the idea of approaching heaven from below and forcing our visitors to be part of a procession by traversing a tunnel to nowhere.’

Siloam opens on 8 June 2019. It is conceived by David Walsh, with design by Fender Katsalidis and Falk Peuser, with artwork curated by Jarrod Rawlins. Entry to The Divine Comedy is $20. 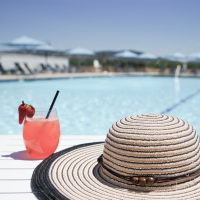 2nd winterlike storm of week to bring snow, ice and rain to eastern US from Wednesday night to Friday