The Israeli lobby, in an insult to South Africans, has shamefully attacked South Africa’s Minister of International Relations, Cde Lindiwe Sisulu, with Zev Krengel of the SA Jewish Board of Deputies (SAJBD) falsely claiming that she is the “single biggest threat” to the Jewish community. 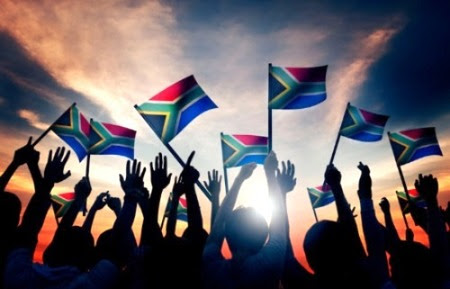 The attack followed Minister Sisulu’s announcement that South Africa had downgraded diplomatic relations with the State of Israel (and in particular that SA had downgraded its Embassy in Tel Aviv to a Liaison office). South African President Cyril Ramaphosa has referred to the downgrade as a form of “pressure on the government of Israel,” adding that “our position is very clear on this and that is the policy of our government and that is the way we are going to proceed”.
The Israeli lobby has a history of attacking, undermining and vilifying government officials and political leaders who articulate and carry out decisions of government and ANC policy. Their continuous attempts at trying to draw a wedge between our representatives is reprehensible and must come to an end. In addition, to accuse a Minister from the ANC of anti-Semitism for merely having acted on a unanimous resolution of the organization’s highest decision making body is ingenious and appears as a desperate and malicious attempt to unduly influence government deployments.
The Israeli lobby has failed to stop the already implemented downgrade of the Embassy in Israel but is still trying to sell a myth to its Israeli supporters that the downgrade has not taken place. They are insulting their own backers. The Israeli lobby should accept the downgrade as well as the South African government policy on Palestine-Israel that represents the majority of our people.

We call upon the South African Jewish Board of Deputies and their appendages to stop conflating ‘Jewishness’ with support for the murderous and discriminatory policies of the Israeli Apartheid state. Those two identities are different. One can be Jewish and yet still be critical of Israel. The patently false and dangerous conflation is also severely undermined by the fact that, millions of Jews in SA and around the world engage in daily protest as their collective expression of disgust at the systematic ethnic cleansing and other violations of international humanitarian law perpetrated by Israel against the Palestinians. Our own experience is instructive, outstanding (White) Afrikaaners such as Bram Fisher, Beyers Naude and others, refused to tie their Afrikaaner identity to the Apartheid regime.

Instead of the Minsiter being isolated, the plan by the Israeli lobby has backfired. BDS SA joins the overwhelming chorus of support for Minister Sisulu, the ANC and South African Government in their steadfast and unanimous support for the Palestinian struggle against Israeli Apartheid. Here are just some organizations that have come out in support:
– Churches Statement
– ANC Statement
– SACP Statement
– COSATU Statement
– MJC Statement
– SA Jews for Palestine Statement
– In addition, statements have been issued by the Palestinian Ministry of Foreign Affairs, Fateh, Hamas, Jamiat and Chief Mandla Mandela … who have all welcomed South Africa’s move.
One of those who has come out in support of South Africa’s decision to have downgraded relations with Israel is the respected Israeli journalist, Gideon Levy. Writing in the Israeli Haaretz Newspaper he says: “South Africa, in a move that generates respect, is teaching Israel an important lesson about instilling the legacy of the past and learning its lessons. By cutting off ties with an occupying, apartheid state, it’s telling Israel: We’ve learned the lessons of our past. What about you? The lesson that South Africa has learned is: Never again…When South Africa says “No” to Israel, it is speaking in the name of Mandela, who supported the Palestinians in their struggle and felt a moral obligation to assist them…There’s no doubt that today Mandela would also support severing relations. South Africa is also speaking for those exemplary Jews who struggled hand in hand with the black freedom fighters, were wounded and jailed with them, and one can assume are already fed up with Israel.”