World-Class Wine to Be Showcase On ‘China Roadshow 2019’ 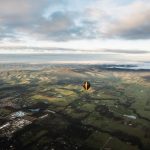 Australia’s rich diversity of world-class wine will be showcased on Wine Australia’s ‘China Roadshow 2019’ from May 21-29.

The four-city roadshow, now in its 8th successful year, will bring together over 170 Australian wine brands for a one-stop opportunity to experience the premium quality and diversity of Australian wine.

The awareness drive by Wine Australia will see tastings, exhibits and masterclasses by leading winemakers and experts in Tianjin on May 21, Hangzhou on May 23, Kunming on May 27 and Shenzhen on May 29.

The peak industry body is celebrating the continued growth in China, one of Australia’s most important and fastest-growing export markets, with an esteemed showcase of the country’s top-quality wine.

All of the well-known brands feature at least one wine awarded 90+ points in internationally-recognized wine shows, or in renowned critic James Halliday’s Wine Companion.

Australia’s diversity and quality of wine rivals many of the world’s major wine regions with over 65 regions and more than 100 grape varieties producing unique wines of high quality. 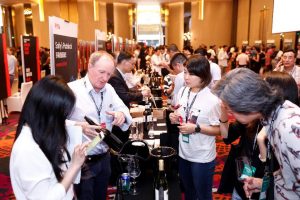 The roadshow will highlight some of Australia’s longest-established wine regions, as well as some of the newer and upcoming regions. Wines from 53 regions such as South Australia’s Barossa Valley, McLaren Vale and Coonawarra, Victoria’s Yarra Valley, Margaret River in West Australia and Hunter Valley in New South Wales will be showcased.

‘Australia is acclaimed for its high quality and world-famous wine regions, producing unique wines for all occasions. The roadshow will also allow us to provide a taste of the history and innovation behind Australian wine’ said David Lucas, Wine Australia’s Regional General Manager, North Asia.

With an ‘Australian Wine Tasting Exhibition’ at every stop, the roadshow will showcase wines from exciting young winemakers to those from world famous ‘First Families of Wine’ (AFFW) dating back to the 19th century.

The AFFW masterclasses will show-off iconic wines from their private cellars, the history behind each family and the benchmark wines that have given them global recognition. The masterclasses will be sharing over 1,380 years of collective winemaking experience.

‘Our concerted promotional efforts underline the key importance we attach to the China market which now accounts for around 40% of Australia’s total wine exports – over a billion Australian dollars,’ added Mr. Lucas.

More excitingly, Wine Australia is also launching a Chinese version of its consumer website (www.australianwine.com/zh-CN) allowing Chinese consumers to explore Australian wine regions, along with varietals and winemakers in a clear, simple and consistent way – as well as promoting consumer tastings and events.

JOHN ROZENTALS finds that a bottle of bubbly brings a few tears to the eye and plenty of fine memories.