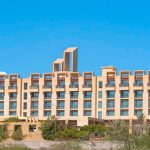 The perils tourists can face when venturing into ‘do not travel’ areas were demonstrated at the weekend by two incidents in far-flung parts of the world, each punctuated by gunfire and illustrating the longstanding battle between terrorists and tourists.

They serve also as a reminder that entering a ‘do not travel’ area can void travel insurance coverage, depending on policy.

In a dramatic nighttime operation, French commandos rescued four foreign tourists from a militant group in Burkina Faso, a landlocked country in West Africa. Two commandos were killed in the operation, which was backed by US intelligence and by French troops deployed in Africa’s Sahel region to counter Islamist militants.

Two of the tourist hostages were French and male; the other two were female and from the US and South Korea. France’s Foreign Minister, Jean-Yves Le Drian, said bandits or guerrillas had seized the two French tourists in Benin, which borders Burkina Faso.

France has long advised travellers to avoid the area.

“The zone where our two citizens were has for some time now been considered a red zone, which means it’s a zone where you shouldn’t go, where you’re taking significant risks if you do go,” Le Drian told Europe 1 radio.

The French foreign ministry’s travel advisory website warns against travel to northern Benin near the border with Burkina Faso, including Pendjari National Park, because of “the presence of armed terrorist groups and the risk of kidnapping.”

Australia’s Department of Foreign Affairs and Trade (DFAT) gives a similar warning to Australians. “Do not travel to Park Pendjari, W National Park or the Mékrou and Djona hunting zones due to the threat of terrorism, kidnapping and banditry,” it reiterated on Friday.

The French tourists disappeared during a tour of Pendjari on 1 May 2019. The mutilated body of their guide was found shortly after, along with their abandoned Toyota truck.

French President Emmanuel Macron gave the order for the raid on the militants’ camp. 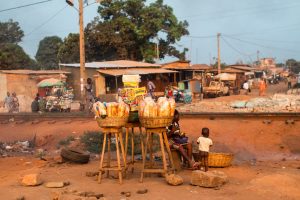 Security forces shot dead three gunmen who stormed a five-star hotel in the Pakistani province of Balochistan over the weekend. Five other people were also reported killed, including at least one guard.

The attack and subsequent siege targeted the Zaver Pearl-Continental Hotel, a property popular with foreign tourists, in Pakistan’s strategic port city of Gwadar.

A hotel spokesman told the BBC there were no guests and few staff due to Ramadan. The BBC described the property as a “five star” hotel.

The separatist Balochistan Liberation Army said it carried out the attack and had targeted the hotel, which is the focal point of a multi-billion-dollar Chinese project, to target Chinese and other investors.

Militants in Balochistan claim the Chinese investment is of little benefit to local people.

The attack at the weekend came just weeks after gunmen killed 14 people, including 11 military personnel, in the region.

DFAT’s advice for Australian travellers on Pakistan overall is to reconsider the need to travel there. On the Balochistan region, DFAT gives a firm “Do not travel”. 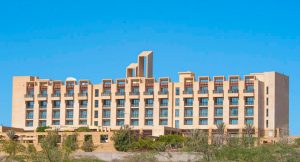 DFAT continues: “We advise against all travel here [Balochistan] due to the very high risk. If you do travel, you should typically seek professional security advice. Be aware that regular travel insurance policies will be void and that the Australian Government is unlikely to be able to provide consular assistance.”