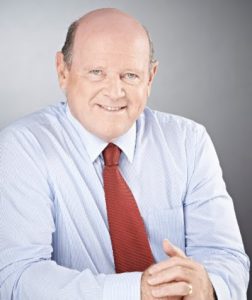 Welcome to this 18th edition of Vol 3 of the Saint Ange Tourism Report of 2019.

A recent the quote from President Cyril Ramaphosa of South Africa during the closing ceremony for the Durban Indaba last week marked many in the tourism industry when he said:- “Tourism is a new gold ready to be explored in Africa. Tourism is an industry that has tremendous potential for further growth and job creation”. The big question do we have the political will in Africa explore fully that new gold.

Encouraging Seychellois Islanders to be part of the tourism industry 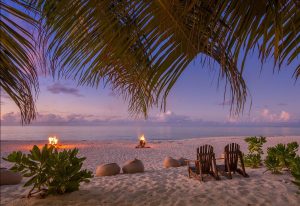 Seychellois owned hotels enjoy some of the nicest settings

Seychelles has some excellent hoteliers and they are shining as they work to claim back their industry that has become the pillar of the island’s economy. Seychellois, our very own islanders must be seen as key assets in the industry that remains their country’s economy. Restrictions and delays to embrace such a notion is detrimental and a real let down. Another carrying capacity study for La Digue has been launched that will bee touching Seychellois entrepreneurship and livelihood. We need instead to work to raise standard, work to better service, work to increase yield from tourism but we must remove obstacles that enable our islanders to reap the benefits from the island’s only economic driver.

Bureaucracy bears little to no direct benefits to the country and working with the private sector trade is the safest approach for long term consolidation of their industry. As La Digue Island is being told that another carrying capacity is needed, Silhouette Island’s second hotel at Grand Barb is again on the table. This one on an island deemed to be a nature park and island after island (from the Seychelles outer island group) has tourism developments going up that is announced only after the project is up and running. Seychellois involvement often ‘Nil By Mouth’ in these projects.

Guests investors will always be welcomed, but islanders and their interests must and should always be first because they alone will be here when and if the going gets tough. It is the Seychellois Islanders who will stand to speak up to defend and protect their industry they have invested in. 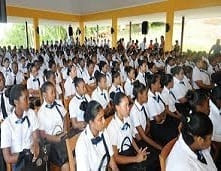 Young Seychellois taking tourism as their career of choice

Seychellois employees are also the often unseen asset of the industry that has the Government as its biggest and most important shareholder. It continues to collect taxes and other fees as it also benefits from the performing industry with a solid economy. The Government of Jamaica has just announced a tourism industry staff insurance to ensure that employees in their needed industry are safeguarded and protected. Are we doing enough or are we only depending on the smaller partner, the private sector trade?

Human resources key to tourism’ success said the 6th World Tourism Forum Lucerne ended on Friday 3rd May with experts and travel and tourism professionals hailing the role of human capital as essential in the age of disruption in tourism. Over 550 participants from 80 countries took part in the discussion, which clearly demonstrated that digital transformation is leading the tourism industry into the future. 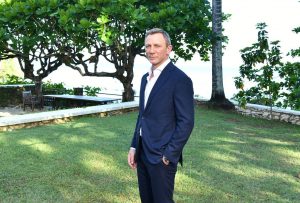 James Bond is best known as an endlessly globe-trotting spy who never seems to get jet lag, but in the 25th film about the iconic character he will be – at least to start – relaxing in a place that feels like home. The upcoming film – Daniel Craig’s fifth, and potentially final, turn as the suave British spy – has begun filming in Jamaica, which was the former home of the character’s creator, Ian Fleming. Fleming, who was a British intelligence agent, wrote most of the books at his home in Jamaica, named GoldenEye. Now, the site is home to a hotel of the same name and overlooks James Bond Beach, which was used for filming a scene in Dr. No, starring Sean Connery. The film Live and Let Die, starring Roger Moore, was partially filmed at the Half Moon Bay Resort in Jamaica.

Tourism marketing and their drive for visibility by Jamaica is now as successful as it can be. Congratulations Jamaica and their Tourism Minister Edmund Bartlett 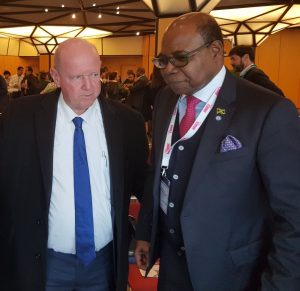 HON. NIKOLINA ANGELKOVA, MINISTER OF TOURISM OF THE REPUBLIC OF BULGARIA will host the inaugural Investing in Tourism Sustainability Conference in Sunny Beach, Bulgaria on May 30-31. This Tourism Sustainability Conference will serve as a Tourism Investment platform bringing together Policy Makers, Tourism Ministers, Project Owners, Investors, and the tourism and hospitality business sectors from Bulgaria, Southeast European countries and global tourism stakeholders.

I have enjoyed being able to refer to Minister Nikolina Angelkova as a friend and know that with Dr Taleb Rifai, the former Secretary General of the UNWTO by her side the Tourism Sustainability Conference they are organising will bring the desired results for tourism. This is what we all need to be doing looking at Sustainability as we hold our economic development on solid ground.
The world of tourism can ill afford to today not to be seen to be embracing such serious moves in the world of sustainability and to be seen to be protecting what we have all been blessed with.

This is why the SUNx Advisory Council’s moves remains important as they move consolidating new partnership with WISeKey, a leading global cybersecurity, Blockchain and IoT company as they continue to seek potential sponsors for “Plan For Our Kids.”

Through the SUNx Advisory Council’s partnership with WISeKey they will jointly develop a special purpose Blockchain Centre of Excellence in Brussels focusing on the development of standards and technologies to accelerate Climate Friendly Travel.
Finding the rightful place for culture
Arterial Network Seychelles has announced that they are presenting to Seychelles the eagerly anticipated solo exhibition of Praslinoise artist Sheila Markham at Eden Art Space Gallery, Eden Island on Friday 17th May at 6 pm. This is indeed good news for the continued cultural development of our islands. Culture in all its form must remain at the centre of our development.

The announcement of Sheila Markham’s solo exhibition arrives as new reaches Seychelles that the island’s pavilion at the Biennale in Venice is taking shape.

Seychellois artists George Camille and Daniel Dodin are presently in Venice creating the national pavilion for Seychelles. The exhibition will open on May 10th in the historic Palazzo Mora in the presence of Designated Minister Macsuzy Mondon, PS Cecile Kalebi, CEO of CINEA Galen Bresson (who is also the exhibition Commissioner), Curator Martin Kennedy, Administrator Ilaria Isola and the artists themselves. The delegation also includes Johnny Volcere, who is recording every stage of the pavilion’s construction with still and video images. The footage will be edited into a documentary film upon our return from Venice and we hope that this will be broadcast on national television as well as stand as an important archival document of the 2019 exposition.

Spread over two adjacent exhibition spaces the work – entitled DRIFT – explores issues of contemporary life in Seychelles and internationally. The overall Biennale theme, ‘May You Live in Interesting Times’ encourages artists to respond to issues around ‘fake’ news and the power of both social and mass media.

Camille has responded to this theme by creating a tsunami of more than 60 metres of subtly embossed heavy duty watercolour paper. The paper rises and falls dramatically, with the installation requiring visitors to bend and crawl inside the space in order to access the imagery which has been created by impressing the paper with metal forms. Camille’s trademark iconography is present, but here humans, fish, leaves and coco de mer are being relentlessly swept along on 1.5 metre wide channels of paper.

There is a tension between surrender and resistance which mirrors the way in which many of us respond to the tsunami of information which enters our lives through our ‘phones, computers, radios and televisions.

Visitors experience the installation aurally as well as visually and tactilely, as a specially created soundtrack of politicians and news broadcasters plays against a background of crashing waves.

Camille is asking important questions; How do we know what we know? How can we discriminate between the truth and lies? How can we authenticate and validate incoming data on such a huge and relentless scale? The work stands as a provocative instrument, with the artist hoping that viewers will see it as a starting point for reflection and discussion about some of the key issues of our time.

Daniel Dodin’s installation fuses film, sculpture and painting and addresses the lives of ordinary working Seychellois people. As part of this process the artist has focussed upon the bottle collectors – people who many would disregard in terms of contributing within ‘normal’ society, but who Dodin respects and, to an extent, valorises through his work. Young men loaded with gunny bags feature throughout his installation. They are repeating motifs in each of the three films being shown. They populate his painting (the largest canvas ever created by the artist) and they are painted in stylised figurative form on the sides of the three gunny bags which form part of the installation and which respectively contain plastic, salt and rice.

The salt represents the toil and sweat of the young (mostly) men who collect the waste plastic and metal from public refuse bins. In appearance it also resembles heroin, and references the challenges facing many young Seychellois. The rice represents the fruit of labour – basic food. The bottles represent the focus for their work. The Seychelles pavilion is gathering international attention, with interviews lined up with Arabic, British and French media outlets and a visit from the Biennale jury scheduled for the 9th May.

We are also taking the opportunity through the exhibition and related texts and catalogue, to promote our main economic pillar – tourism. The Seychelles Tourism Board has supported CINEA in mounting this pavilion and Eden Island has sponsored our unique catalogue.Both are to be applauded for supporting the promotion of contemporary Seychelles art at the world’s most prestigious exhibition. We hope that visiting the pavilion will encourage some of our visitors to plan trips to Seychelles in the near future.

It is important to again acknowledge all who are diligently re-posting the Saint Ange Tourism Report weekly. Our Report ranges far and wide, from Australia to the Americas, from the Indian Ocean Vanilla islands to Africa & Asian and Greater Europe, with your continued support, which is greatly appreciated. You are helping us to grow from strength to strength with each new Edition.

STORY Hospitality Launches In The Seychelles & Beyond.