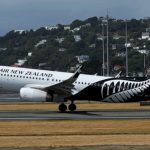 A “wealthy looking” couple, including a woman toting a Louis Vuitton bag, couldn’t be bothered paying attention to an airline safety briefing and preferred playing with their mobile phones – until Air New Zealand kicked them both off the flight.

The story of the affluent couple and their swift removal from the domestic Wellington to Auckland flight on Tuesday surfaced in New Zealand and quickly went around the world.

There are two significant points.

Air New Zealand confirmed flight NZ424 to Auckland returned to the gate “when a customer failed to comply with crew instructions” and was removed from aircraft by police, Newshub in New Zealand reported.

“The passenger will receive an infringement notice under Civil Aviation Authority rules relating to the use of a cellphone,” a police spokesperson told Newshub. 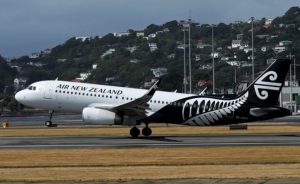 A passenger on the flight is reported to have commented: “I have to say that if watching the safety video is so crucial and you can be escorted off the plane, maybe Air New Zealand should stop making ‘Rachel Hunter ice cream ad’ safety videos.”

Except it may have been the safety briefing given by the flight attendant regarding exit-row seats that the couple refused to pay attention to.

Another passenger said the flight attendant had “very patiently” told the couple: “Can you please watch what’s happening because this is the exit row’.”

Passengers said they considered the couple’s behaviour “shockingly arrogant” because it would have taken just minutes to pay attention and, as it was, everyone was delayed for about half an hour.

According to Stuff.co.nz, when the couple were told that police were waiting for them at the gate, the woman pulled out her phone again and loudly tried to make a booking with Jetstar. 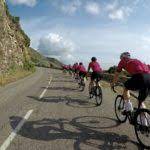 How does climate change impact tourism?